Privacy settings
We use cookies and similar technologies that are necessary to run the website. Additional cookies are only used with your consent. You can consent to our use of cookies by clicking on Agree. For more information on which data is collected and how it is shared with our partners please read our privacy and cookie policy: Cookie policy, Privacy policy
We use cookies to access, analyse and store information such as the characteristics of your device as well as certain personal data (IP addresses, navigation usage, geolocation data or unique identifiers). The processing of your data serves various purposes: Analytics cookies allow us to analyse our performance to offer you a better online experience and evaluate the efficiency of our campaigns. Personalisation cookies give you access to a customised experience of our website with usage-based offers and support. Finally, Advertising cookies are placed by third-party companies processing your data to create audiences lists to deliver targeted ads on social media and the internet. You may freely give, refuse or withdraw your consent at any time using the link provided at the bottom of each page.
Thank you! Your submission has been received!
Oops! Something went wrong while submitting the form.
Reject All
Cookie SettingsCookie Settings
Accept AllSave Selection
Wallarm
>
Resources
>
Webinars
>
Cloud Security: From Infrastructure to Applications
webinar

Cloud Security: From Infrastructure to Applications

Thanks for the download.
Thank you for signing up!
A confirmation email has been sent to the address you provided.
We look forward to seeing you! Please add the event in your calendar.
Outlook
Google Calendar
Apple Ical
Outlook.com
Thanks for filling out the form!
The webinar link will open in the new tab. If its not, please follow
this link

Learn how to leverage security automation in your cloud infrastructure, DevOps pipeline, and applications. Using the open-source Cloud Custodian tool you'll see how AWS CloudTrail, CloudWatch, and Lambda are used to implement automated infrastructure monitoring and remediation. Then you'll see how DevOps security automation and Infrastructure as Code is used to build a Blue/Green deployment infrastructure to quickly patch critical security vulnerabilities. Finally, using the open-source AWS WAF Security Automations project you'll see how it can be automatically deployed via your Jenkins CI/CD pipeline, how the WAF leverages Lambda for automation, and how it automatically blocks critical application vulnerabilities.

Frank is a SANS Fellow and lead for both the SANS Management and SANS Cloud Security curricula, overseeing two dozen SANS courses in the two fastest-growing curricula. Previously, as CISO at the SANS Institute, Frank led the information risk function for the most trusted source of computer security training and certification in the world. Frank is also the author and instructor of popular leadership and cloud security courses and serves as an advisor to emerging security companies, including Wallarm.

Explanation of the Firewall 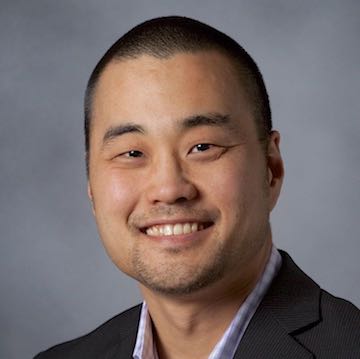