Privacy settings
We use cookies and similar technologies that are necessary to run the website. Additional cookies are only used with your consent. You can consent to our use of cookies by clicking on Agree. For more information on which data is collected and how it is shared with our partners please read our privacy and cookie policy: Cookie policy, Privacy policy
We use cookies to access, analyse and store information such as the characteristics of your device as well as certain personal data (IP addresses, navigation usage, geolocation data or unique identifiers). The processing of your data serves various purposes: Analytics cookies allow us to analyse our performance to offer you a better online experience and evaluate the efficiency of our campaigns. Personalisation cookies give you access to a customised experience of our website with usage-based offers and support. Finally, Advertising cookies are placed by third-party companies processing your data to create audiences lists to deliver targeted ads on social media and the internet. You may freely give, refuse or withdraw your consent at any time using the link provided at the bottom of each page.
Thank you! Your submission has been received!
Oops! Something went wrong while submitting the form.
Reject All
Cookie SettingsCookie Settings
Accept AllSave Selection
Wallarm
>
Wallarm Learning Center
>
What is the Control Plane? Explained by Wallarm
DevSecOps

What is the Control Plane? Explained by Wallarm 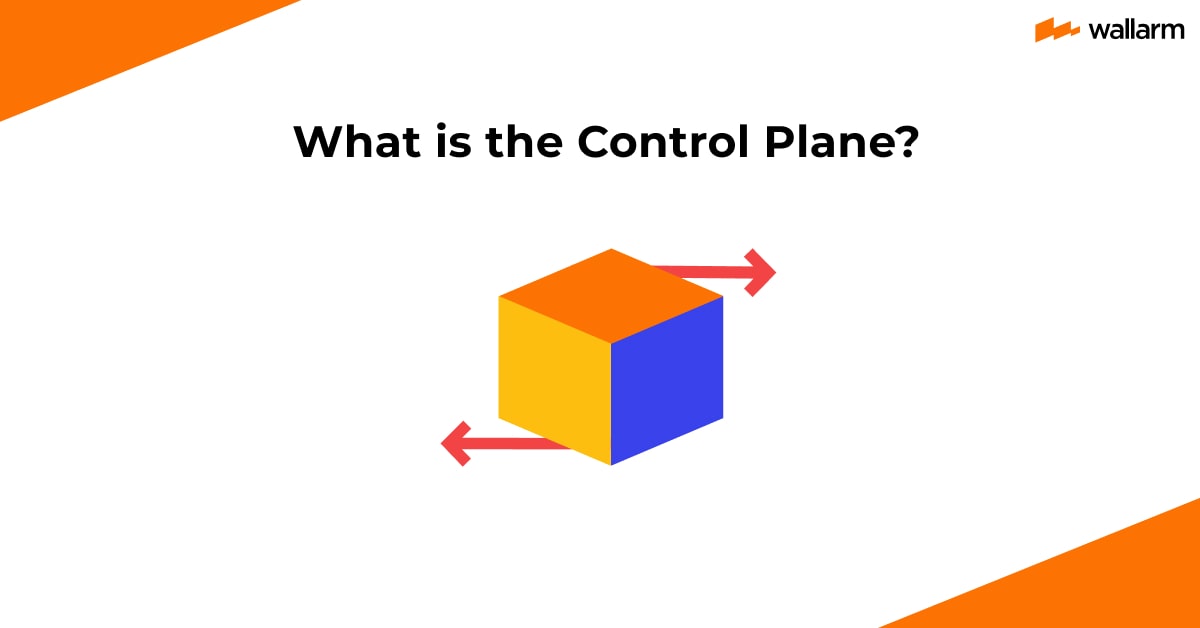 Networking, cloud infrastructure, and routing are three crucial pillars upon which an application’s communication stands. However, without the existence of control plane, these pillars won’t be able to handle incoming traffic. Everything related to data forwarding direction, principle, and processes is decided by this networking component and executed by the data plane, thereafter.

Looking for better clarity? Try reading this post as it explains the practical details in an understandable manner.

Control Plane - Everything you Must Know

This plane is the network-routing component that take care of data packet flow and forwarding. At the very basic level, it’s accountable for the right network traffic routing on a specific network and ensures the application provides a request response.

You can also consider it as the fundamental framework to refer to while you intend to grasp how information can be controlled between multiple networks.

Need a more simple explanation? Consider it like an air traffic control system that decides which routes aircraft have to take to reach their destination. In network routing, the control panel does the same for incoming traffic.

By now, you must have understood that the data and control planes co-exists to decide the future of a traffic and data packet. Now, let’s move to another crucial aspect; how does the control plane work.

Control & Data Plane - How do They Differ?

A sub-part of the control plane, it takes the packet-forwarding related instructions from the control plane. Because it forwards a packet in question to its respective destination, so you may also hear its another name, i.e. forwarding plane, often.

They both are part of networking infrastructure and deal in data packet forwarding. They even co-exist. Hence, it’s obvious to get confused and consider these two as the same. In reality, they are poles apart.

A control plane is a decision-maker while the data plane is where implementation is taken care of. But the former does a lot of jobs as data packets are constructed here.

The Control plane is a fully independent entity while the data plane can’t exist alone.

In fact, the data plane has no significance alone. It needs a control plane to decide what to do.

The router also plays different roles for these two. It forwards a data packet for the data plane.

Have a look at this table explaining control plane vs data plane crisply.

Adopted by many, Kubernetes is a globally recognized open-source software used in development scenarios where containers are used. With this system, it’s easy to scale containers quickly. At the very basic level, Kubernetes features a Kubernetes cluster that will consist of a unified worker machine.

The worker machine or node will further feature a pod that is responsible for running containers seamlessly.

For a more complicated system, various dozen clusters featuring hundreds of nodes will co-exist. It would be too difficult to manage all those nodes and pods, as it is not easy to spot the incident of pod falling or non-functional containers.

Kubernetes or k8s control plane will show up as a remedy here.

It is different from the customary control plane. Here, it represents a collection of components responsible to take crucial cluster decisions.

In addition, it will also take care of cluster events’ response and detection. The constructing entities of the Kubernetes control plane are the etcd key-value store, multiple controllers, API server, and scheduler. These components communicate frankly with the API server.

When Service Mesh is concerned, the control plane has a different meaning. Here, it’s also a part of policy enforcement and establishment. Let’s try to understand how this happens. In a Service Mesh, multiple disconnected services come together to form a whole application and make internal & external communication.

The use of proxies is a great way to reduce these complexities. Service mesh uses proxies whose partnered containers have sidecars as resources. Sidecar proxy will be a part of every service replica responsible for incoming and outgoing request handling.

The service mesh control plane makes things further sorted by acting like a unified source of truth that will feature every updated configuration update. Service control mesh will ensure that these configurations reach the correct proxy.

Those who are working with service meshes and Kubernetes mostly use the control plane as a resource to deploy the configurations while massive scalability is the aim.

In general, when APIs are not used, the control plane constructs the configuration files and has to share them over the network to proceed with communication. This one task will be repeated 1000 or more times. To avoid the tardiness involved, APIs are used.

The proxy server will feature an API-defining protocol that will lead to seamless and efficient communication between data and the control plane. In case of modifications in proxy server configuration, control will automatically forward the required changes details to every related proxy server.

Once a proxy server receives the changed configuration details, it will validate, adopt, and implement said changes. When the changes are implemented as per the suggested changes, the interaction between data and the control plane will be seamless.

Such change-bringing API is often known as data plane API and is used by many leading proxy servers. Some of the key examples of data plane APIs are Nginx Controller API and Envoy xDS API.

Both kinds of APIs are part of Service Mesh. Before one thinks of enjoying these APIs, it’s important to understand the availability status. For instance, are they offered as an open-source resource or a proprietary asset?

This isn’t going to happen with Open APIs as they won’t tie you with specific implementations. Open control plane APIs are easy to modify and grant full customization abilities. This happens with Envoy xDS control plane APIs.

You can easily configure the Traffic Director with free services like backend services and forwarding rules. It comes with a pre-defined implementation configuration file but also provides flexibility to bring desired changes. Control planes like Consul and GCP Traffic Director are already using such great flexibility.

It was a long post, right? Considering the importance of the control plane, we have to present crucial facts and aspects. Let’s have a quick recap of everything.

Hope this helps. The better clarity one will have over networking components, the flawless would be data transfer. 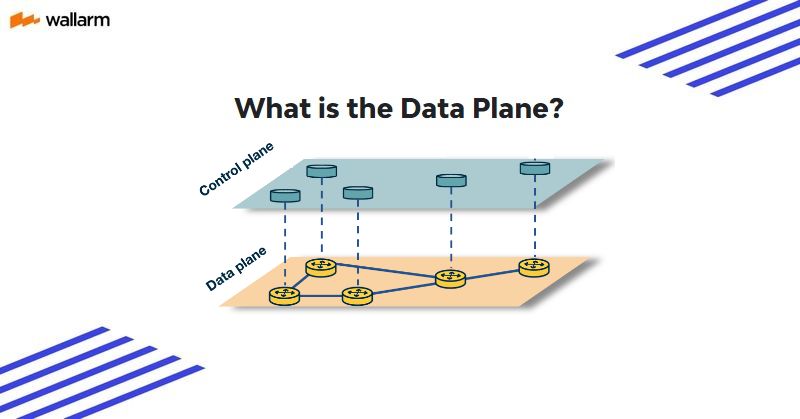 DevSecOps
What is the Data Plane? Differences from the Control Plane.

A part of every system engaging in data transfer, the data plane deals with incoming or user-generated traffic and decides what action to be taken.