What is PGP Encryption? Everything you need to know 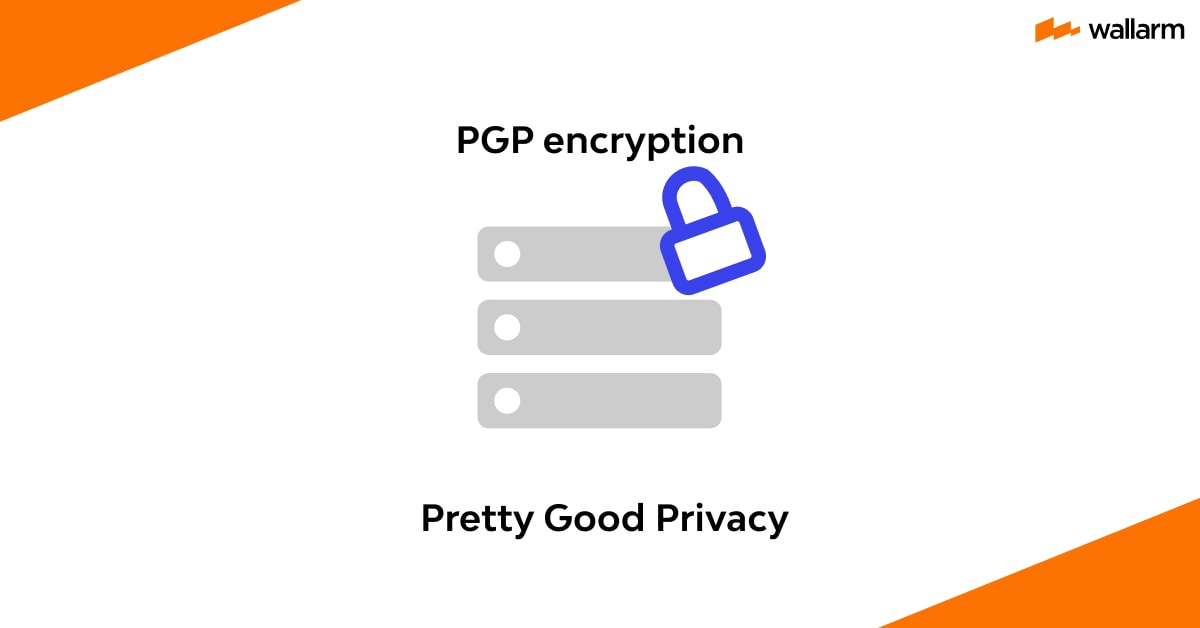 ‍Protecting data is one of the many priorities that businesses have to look after during operations. The surged frequency of cybercrimes and data theft incidents have forced enterprises from every sphere not to become lenient when data protection is concerned.

In this post, we’ll introduce you to a super-advanced method called PGP encryption. Read ahead and know more.

Pretty Good Privacy - What is it and What’s its use?

As we all know, adding encryption to safeguard the in-transit data  is anindustry’s standard today. The practice makes it inaccessible for hackers or any unauthorized personnel. But, as it has been here for too long and some skilled hackers have found ways to nullify it. Hence, the need for more advanced encryption arises.

PGP is the answer to this requirement. It makes use of cryptography as well as authentication - to be sure that the security is utterly strong after its deployment.

PGP file encryption aims at helping you with cryptographic encryption. During the initial deployment of the PGP open-source software applications, it helped end-users to communicate securely with a server of bulletin board devices. As the world started realizing its efficacy, it soon became a de facto encryption for e-mail exchanges and sensitive discussions through other channels.

PGP is a vast topic to discuss as one needs to understand the function, its security deployments, PGP decrypt, and various other aspects. However, the basic yet substantial explanation of PGP is that:

PGP is very similar to Kerberos and SSL encryption, which are useful for website and network user authentication. While one tends to comprehend the fundamentals of PGP encryption, it’s crucial to grasp the fact that utilizing the public and symmetric keys makes the essential part of this procedure.

Though PGP’s algorithm is a bit complex, let us try to see how it functions. Here are the major steps of its functionality in simple words.

This is the basic overview of the modus-operandi of PGP encryption.

PGP security is easy to understand with the help of a real-time example. Here is why we present you with an overview of PGP encryption in action. We will make it happen by keeping ProtonMail in context.

A leading email service provider, ProtonMail is an advent user of PGP encryption. A simple sign-up process will help you encrypt the emails. It’s easy to check the activation of email PGP encryption in ProtonMail. If you can see a padlock icon on the email’s subject line, the email encryption is activated.

PGP encrypt method has earned a deeper penetration in the online data exchange or communication industry because of its ability to keep transmitting data secured by a public and private key. Based upon the requirement, it can be of great use in:

Organizations that have to send or share files featuring data of high cruciality, vulnerability and sensitivity use the PGP key to encrypt the data included. The main algorithm in action is the RSA algorithm. Now, you must learn that the RSA algorithm is practically unbreakable. Hackers will have no luck in breaking it down. This is why it’s most commonly used in the development of threat detection software.

Its role in file encryption is to protect the data mentioned in the files, verify the user authentication beforehand, and remove the complexities.

It is one of the many ways to protect email data and have robust email verification in place. It’s very common to receive emails from unknown recipients. But, entertaining them could prove fatal for anyone. With the help of digital signature (DS), it’s easy to check the identity of the unknown sender.

With the help of a digital signature, an algorithm can add a key to every piece of data that is supposed to be part of an email. This way, a hash function is created. Now, the hash function is a type of algorithm that is useful to transform the email-included messages into a standard data block.

This newly-constructed data block is backed with the power of the sender’s private key. A receiver will have accesssender’s public key that s/he can use to decrypt the received data block, mentioned in the email.

This process of email verification makes it easy to figure out whether any alterations have been made to the in-transit data. This is also useful to find out the authenticity of the sender or spot the presence of any bogus digital signature.

Email encryption is a wide usage of PGP. Primarily, users seeking exchange of sensitive information used it. With time, it became a mainstream solution for government organizations and agencies.

These entities are using this kind of encryption to protect sensitive information.

Advantages and disadvantages of PGP encryption

If due attention is paid, it manages to improve the system security and can help organizations to reduce the risks of cyber threats. However, this technology is not always beneficial.

In fact, just like anything else, it comes with its share of pros and cons. So, before you start using this technology, you need to weigh its advantages and disadvantages.

Let’s talk about the advantages first.

However, these benefits won’t make us ignore the flaws it has.

PGP vs GnuPG vs OpenPGP

While discussing PGP, mention of OpenPGP and GnuPG is imperative as they both are linked with PGP. This is why one must have clarity over all these terms.

OpenPGP is one of the most used open-source encrypting and signing. It came into being in 1997 to allow users to develop customized solutions that can work closely with PGP and makes its implementation easy.

Before the invention of OpenPGP, PGP encryption usage was controlled and highly restricted. Only US Military and government agencies were able to use it. This restriction was the basis of OpenPGP development. The development of OpenPGP promoted easy cryptography export so that anyone can use it.

When one tries to learn about OpenPGP v/s PGP, it’s crucial to know that PGP is highly controlled, and OpenPGP is lenient.

This is a way to deploy OpenPGP and is preferred by those who found PGP too complex or tedious. It signifies GNU Privacy Guard and came into being in 1997.

What makes it useful that it makes use of OpenPGP is its ability to interchange the algorithms. For example, private & symmetric key encryptions can be interchanged or work together to provide better encryption to the end-user.

The fact to know about GPG vs PGP is that PGP is communication encryption, on the other hand, GnuPG is a way to utilize the lighter version of PGP.

Hope you have got the full understanding of the subject now. Still got queries? Ask us.