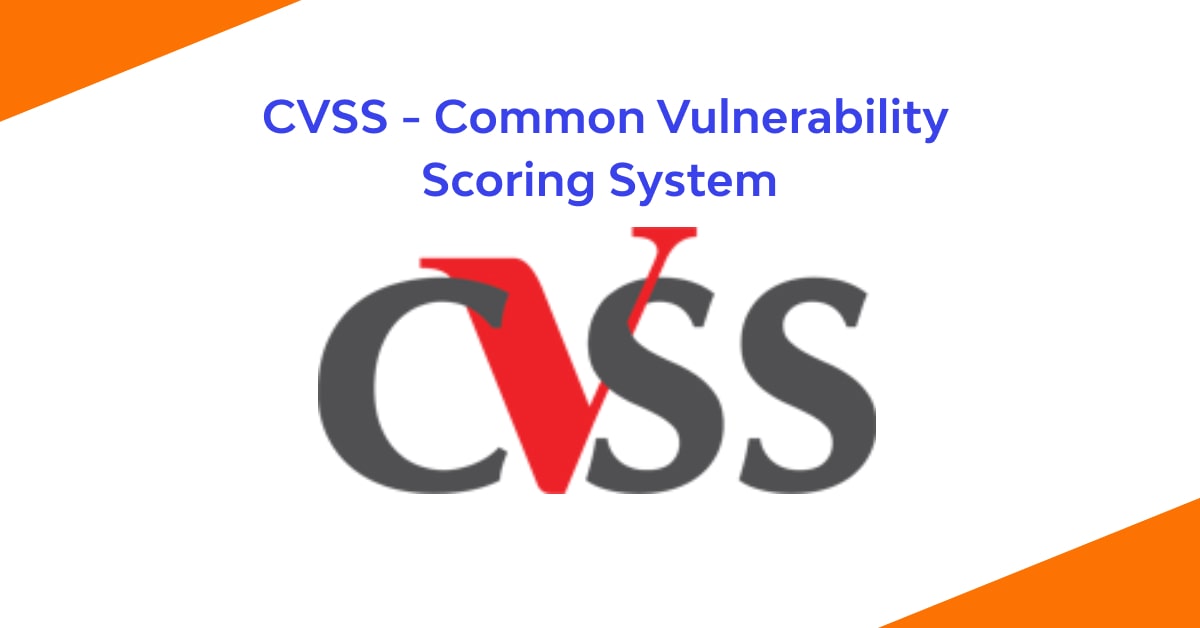 The CVSS comprises the most basic specialized parts of programming, equipment, and firmware imperfections. Mathematical scores that contrast the seriousness of a cvss vulnerability with that of different weaknesses are among its results. In this article, we would highlight cvss meaning, what the cvss database entails.

What is Common Vulnerability Scoring System?

The seriousness of a security weakness is relegated a number worth (0-10) by the Common Vulnerability Scoring System. Data security groups habitually use CVSS evaluations to examine weaknesses and focus on weakness remediation as a feature of a weakness the executives program.

The Forum of Incident Response and Security Teams (FIRST), a US-based foundation with more than 500 part associations around the world, keeps up with CVSS as an open stage. While utilizing an open, normalized method to rate weaknesses is strong, it's additionally essential to comprehend the drawbacks, and cutoff points of CVSS to guarantee that it's being utilized accurately in your association.

In an examination of cvss 2.0 and 3.0, the new framework is the latest rendition of the overall open and normalized method for surveying IT dangers and characterizing reaction needs. The new form remembers enhancemen, for example, the advancement of consistency for scoring, the substitution of Scoring Tips to more readily direct CVSS end clients, and an audit of the framework to make it more reasonable to present day issues.

This figure is an appraisal of a portion of a weakness' intrinsic attributes that won't change over the long haul or be impacted by the conditions where it arises. The essential score is comprised of two subequations: the Exploitability Subscore and the Impact Subscore, every one of which is comprised of a modest bunch of measures.

The Exploitability Subscore depends on the helpless part's properties, and its scores show that it is so powerless against assault. The simpler it is to take advantage of that issue, the higher the last score is. Rather of a mathematical score, every measurement is evaluated in view of its own arrangement of values.

The Attack Complexity (AC) measurement gives the prerequisites to an assailant to effectively take advantage of a weakness. A low score implies there are no extraordinary requirements, and an assailant can over and again exploit a weakness. A high score proposes that an assailant might require more information on a specific objective prior to becoming effective.

The Privileges Required (PR) measure shows the degree of access an assailant needs to take advantage of a weakness: low freedoms, flagging that the attack will just influence essential client settings and records; or high honors, inferring that the aggressor will require authoritative honors or something comparable to effectively take advantage of the weakness.

The User Interaction (UI) measurement shows regardless of whether the assailant will require the assistance of one more client to finish the assault. For the end goal of scoring, this is a twofold measurement: possibly it's required or it's not.

This score of Common Vulnerability Scoring System metric which depends on three standards, provides you with a superior thought of how danger entertainers are taking advantage of a weakness and what choices you have for fixing it.

In light of what code or take advantage of packs have been found "in the wild," the Exploit Code Maturity (E) metric shows how logical it is that a weakness will be taken advantage of. This measurement can be given a "vague" cvss scale or one of four dynamically more serious scores: problematic, inferring that no realized adventures exist; verification of idea, suggesting that some code exists however is inadmissible for use in an assault; useful, inferring that functioning code exists; or high, suggesting that no endeavor is required or that the code accessible is reliably successful and can be conveyed independently.

The Remediation Level (RL) marker mirrors the straightforwardness with which a weakness can be tended to. In numerous ways, it's like the Exploit Code Maturity metric in that it's the perfect inverse. It very well may be vague or estimated in four degrees: there is no healing arrangement; there is an informal workaround; there is a transitory fix; or there is an authority fix - a thorough arrangement given by the producer.

The Report Confidence (RC) metric decides how unhesitatingly a weakness can be proclaimed. Outsiders might distinguish weaknesses that the part's true merchant doesn't perceive, or a weakness might be perceived however the reason hazy. This measurement can be left vague or relegated one of three rankings: obscure, which shows that there are a few clashing reports about the weakness; sensible, which demonstrates that a few key subtleties have been shared and the weakness is reproducible yet the main driver is obscure; or affirmed, which shows that the weakness' goal is known and it tends to be reliably duplicated.

The Security Requirements Subscore is characterized by the three parts of the Impact score (Confidentiality Integrity and Availability) as estimated in a particular climate, and the Modified Base Score reconsiders the measurements that make up the base score in view of the association's particular climate.

The Common Vulnerability Scoring System security metric is either vague or relegated one of three scores: low, which demonstrates that the took advantage of weakness' deficiency of classification, uprightness, or accessibility will altogether affect an association, its representatives, or clients; medium, which shows a huge effect; and high, which demonstrates a devastating effect.

The refreshed base scores are assessed similarly as in the past, with the exemption that the particular conditions of one situation where the weakness might exist are considered.

With regards to understanding weaknesses, there are such countless abbreviations to recollect: CVE, CVSS, NVD, and NIST. Basic Vulnerabilities and Exposures (CVE) is an abbreviation for Common Vulnerabilities and Exposures. Miter sent off CVE in 1999 as a rundown of all freely uncovered weaknesses that incorporates the CVE ID, a depiction, dates, and remarks. NIST laid out the National Vulnerability DB later in 2005, which utilizes information directly from the Miter CVE list.

Security groups can see the relegated CVSS scores for each CVE in the NVD in the event that they are open. NVD is especially significant on the grounds that it permits security groups to inquiry in view of an assortment of standards like item, seller, working framework, type, from there, the sky is the limit.

To sum up the relationship, weaknesses are added to a rundown with a CVE ID and, whenever the situation allows, given a CVSS score.

How is the scoring done?

Knowing which resources are defenseless and how much harm might be done assuming that they are effectively taken advantage of is significant. The natural measurement of the CVSS scoring framework serves this goal.

Luckily, you can utilize NVD's mini-computer to decide your own score in view of natural models like exploitability and impact. Is it actually that significant if taking advantage of a major weakness on a host has no repercussions for your organization? You might call a calculator straightforwardly from the order line or through scripts, because of API security in CVSS 3.0.

Your VTM or infosec group might be concerned assuming that the CVSS score is high or basic. What makes the biggest difference is that you get what sort of hazard a weakness stances to your organization. Consider a weakness on an old web server that doesn't store touchy information and is behind your association's VPN and has a real adventure. In spite of the way that the CVSS base score is high, the weakness doesn't represent a significant risk to your organization. Accordingly, the by and large Common Vulnerability Scoring System ought to be decreased to consider natural impacts.

Assuming you have a web confronting basic framework with an unpatched weakness, then again, you should make a move. On the off chance that this weakness is taken advantage of, your organization may be hacked, and you could wind up in the news for spilling client data.

How do organizations adopt and use the CVSS?

Regardless of whether it appears to be basic, use CVSS base scores as a BASE. While it gives general data about the weakness, it is fundamental to keep the natural measurements current to completely get the hidden gamble.

Utilizing Wallarm's danger knowledge instruments (GoTestWAF, API Security Platform), you can likewise utilize CVEs to enhance your weaknesses with straightforward depictions, exploitability scores, and current adventure POCs. After you've refreshed the CVSS scores for the weaknesses you've found, request them from generally risky to least hazardous whenever took advantage of.

Assuming your organization is dependent upon consistence reviews, for example, PCI, there might be extra security rules that should be met to pass. To assemble security controls and focus on weakness fixing, an equipped weakness danger the board or hazard supervisory crew will consider these assorted components. 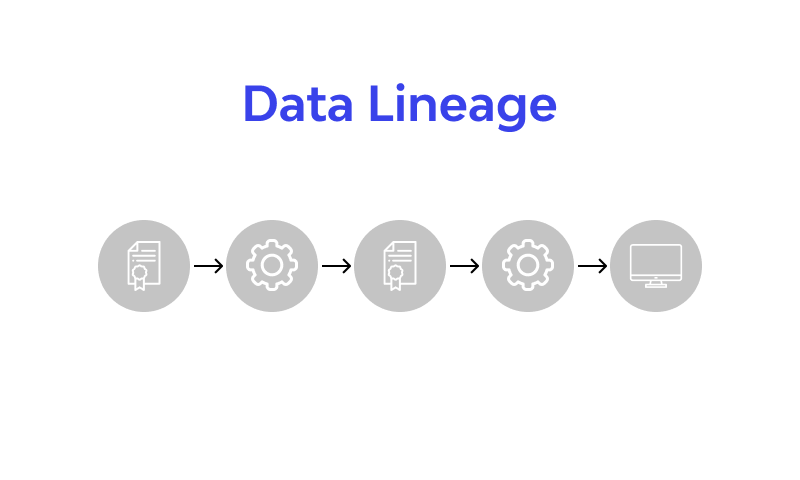 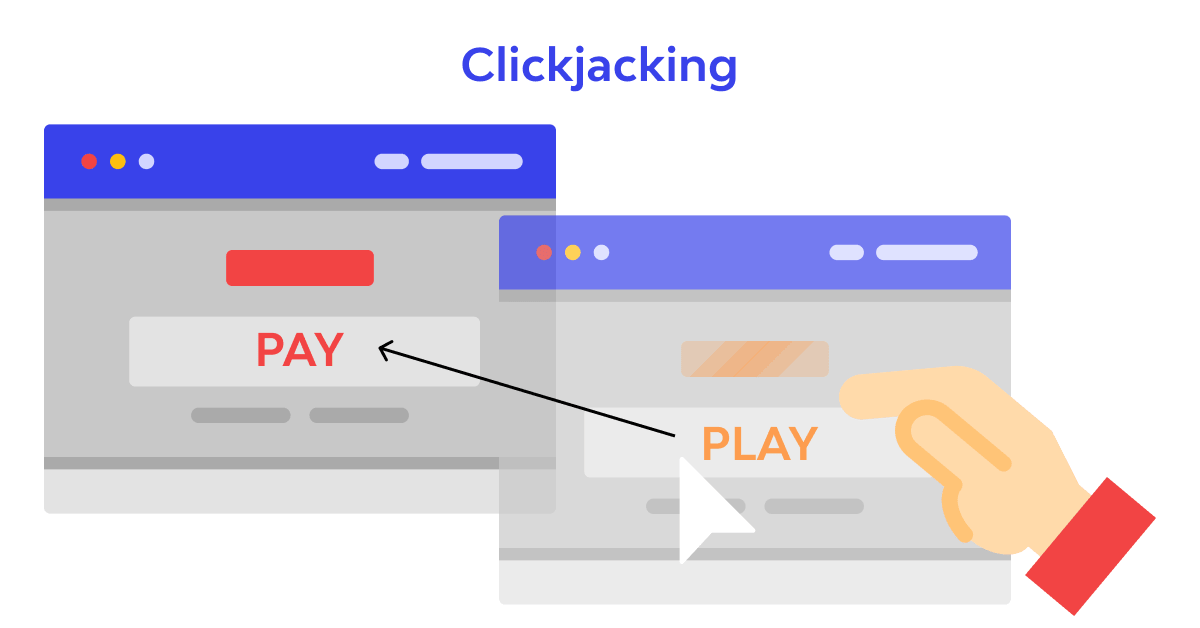 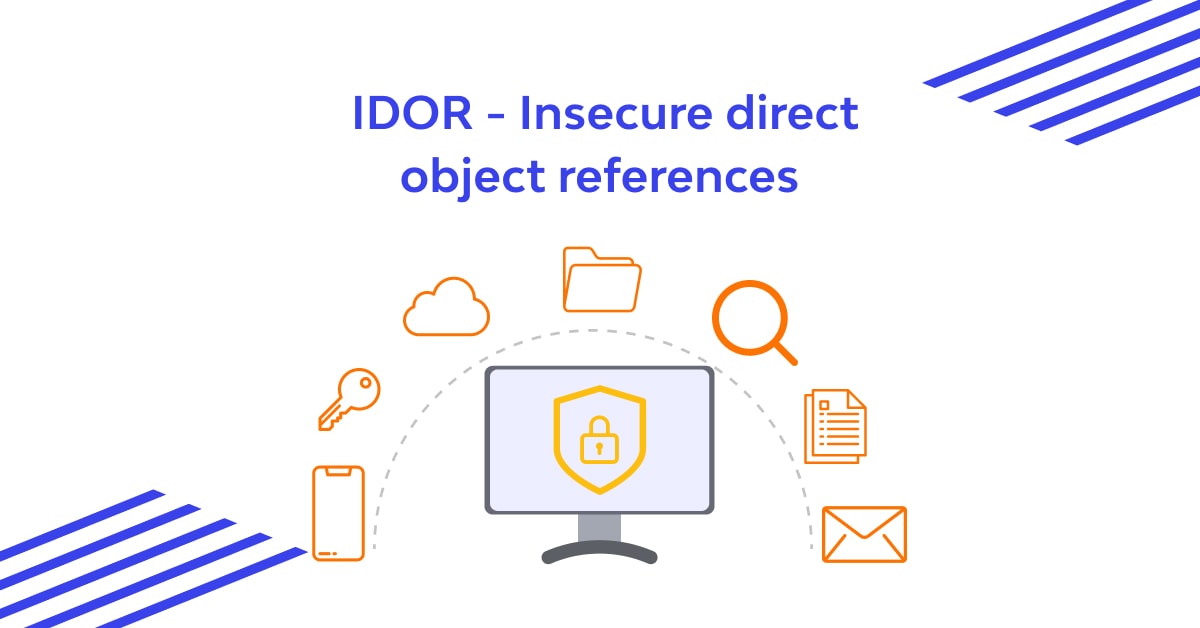 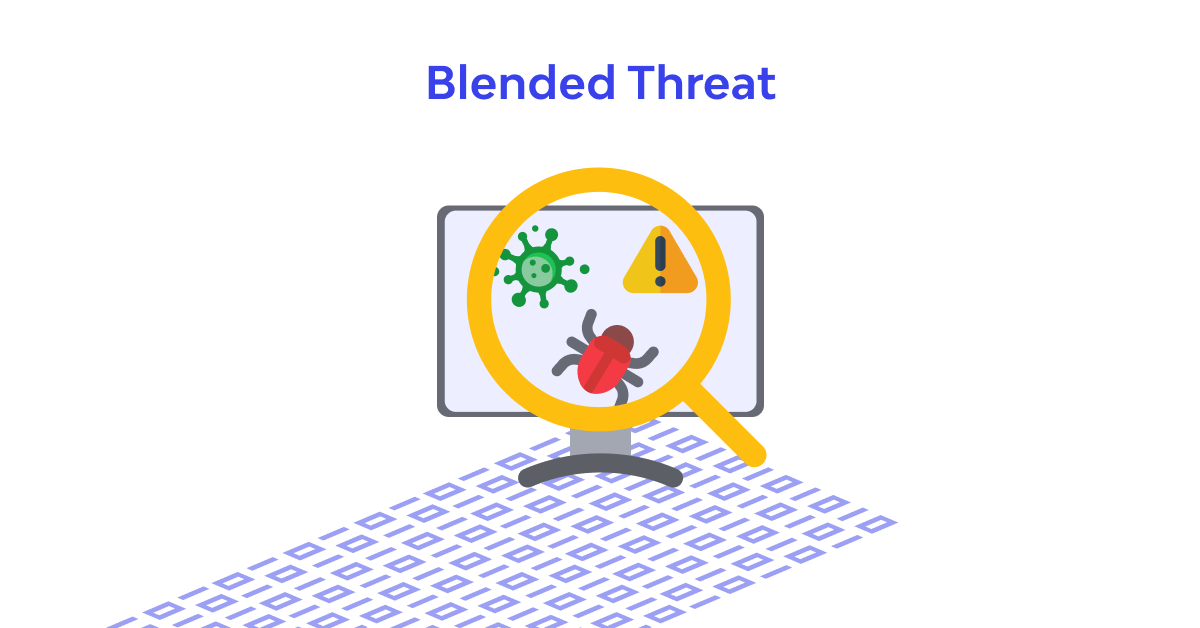 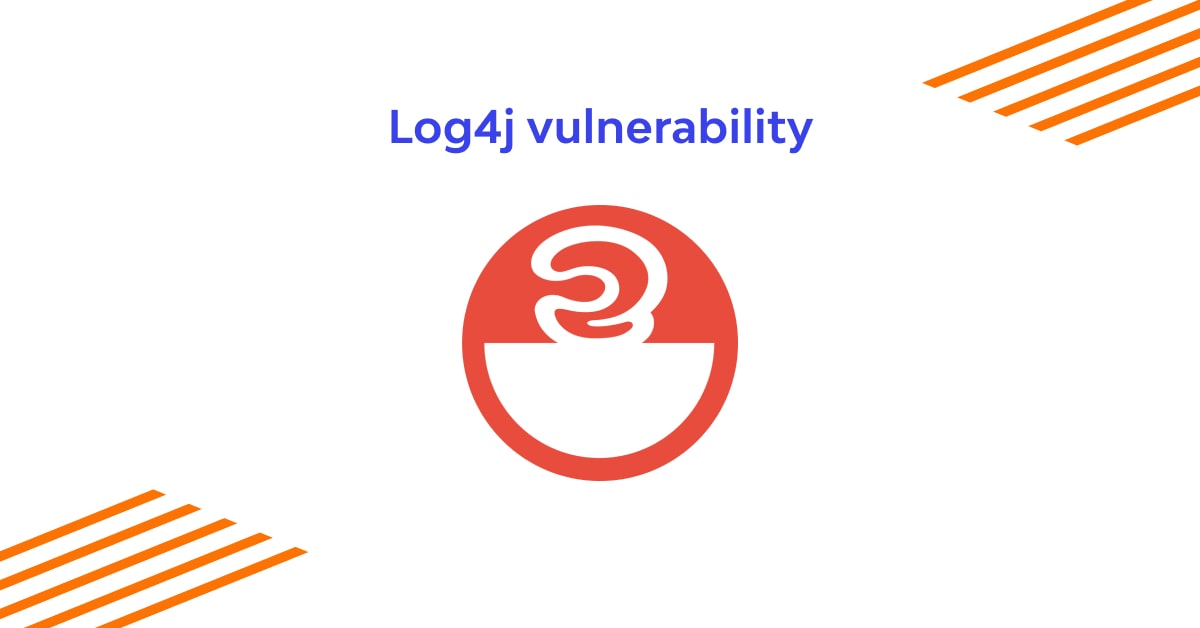 Vulnerabilities
Log4j Vulnerability - All that You Must Know About it

⛔️ Imagine a loophole that could grant full control to the hacker over the targeted device? Let’s begin. Read ahead to have the log4j exploit explained. 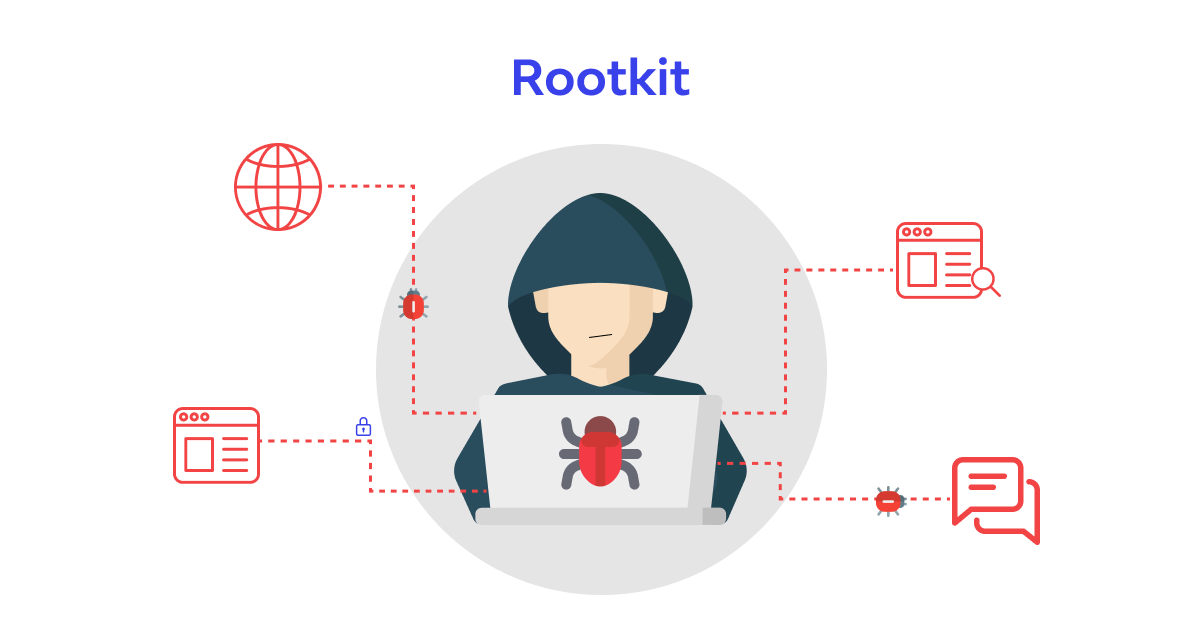