Privacy settings
We use cookies and similar technologies that are necessary to run the website. Additional cookies are only used with your consent. You can consent to our use of cookies by clicking on Agree. For more information on which data is collected and how it is shared with our partners please read our privacy and cookie policy: Cookie policy, Privacy policy
We use cookies to access, analyse and store information such as the characteristics of your device as well as certain personal data (IP addresses, navigation usage, geolocation data or unique identifiers). The processing of your data serves various purposes: Analytics cookies allow us to analyse our performance to offer you a better online experience and evaluate the efficiency of our campaigns. Personalisation cookies give you access to a customised experience of our website with usage-based offers and support. Finally, Advertising cookies are placed by third-party companies processing your data to create audiences lists to deliver targeted ads on social media and the internet. You may freely give, refuse or withdraw your consent at any time using the link provided at the bottom of each page.
Thank you! Your submission has been received!
Oops! Something went wrong while submitting the form.
Reject All
Cookie SettingsCookie Settings
Accept AllSave Selection
Wallarm
>
Wallarm Learning Center
>
What Is Converged Infrastructure? Guide By Wallarm
DevSecOps

What Is Converged Infrastructure? Guide By Wallarm 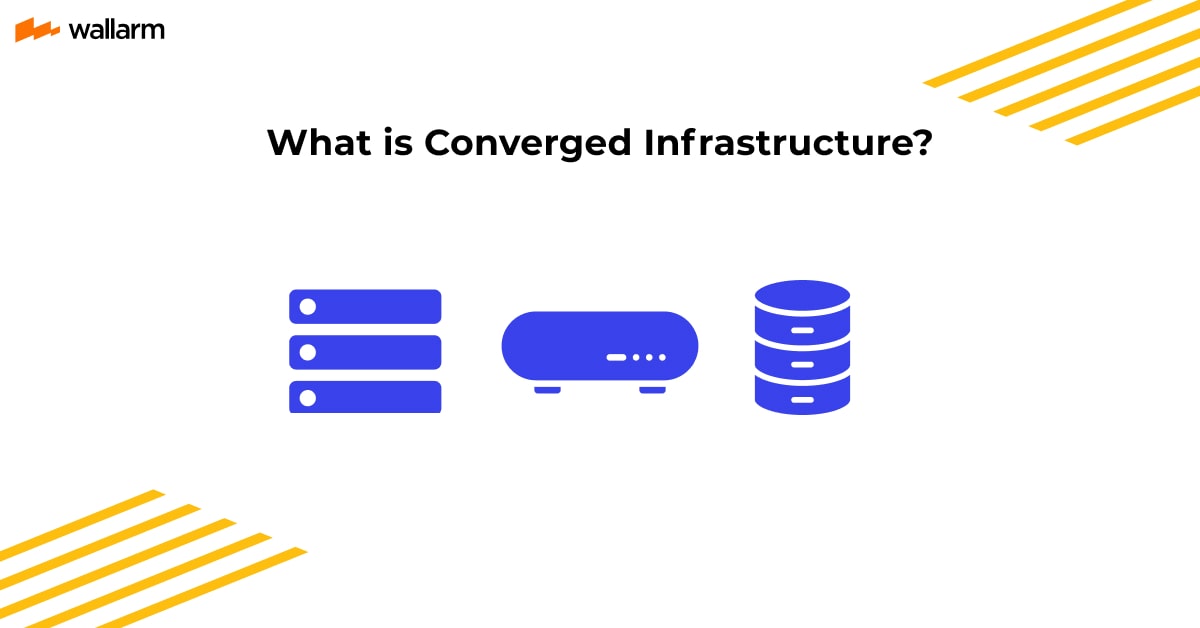 Countless enterprises are looking forward to the day when they can modularize their placement models and streamline their IT stacks. What you need in this case is a converged infrastructure, which streamlines your structure by eliminating unnecessary mechanisms.

In contrast to converged architecture, non-converged networks need the client or their hired consultants to source and integrate individual hardware components. Connected over the network, these cyberspaces run a hypervisor that empowers computer virtualization and stores info in a SAN or NAS.

Converged Infrastructure (CI) and this architecture share a number of similarities; the main distinction is that CI is pre-integrated by a single vendor, or is based on an orientation style produced jointly by the multiple vendors contributing to the solution.

What Is Converged Infrastructure?

A converged infrastructure definition consists of multiple components operating together as one, such as servers, storage, networking, and management software. Instead of purchasing the hardware and software components from numerous sources, businesses typically acquire these systems from a single vendor.

When it comes to setting out a data center, deploying converged infrastructure technologies is much simpler and quicker because they come pre-configured and pre-tested.

How Does Converged Infrastructure Work?

Converged infrastructure can be implemented in many different ways. You can employ a hardware reference architecture that has been validated by the vendor, set up a cluster of standalone appliances, or go the software-driven, hyper-converged route.

Benefits And Drawbacks of Converged Infrastructure

Converged infrastructures often use products from a single manufacturer.

The following are some benefits associated with CI:

On the other hand, it may have some drawbacks, such as:

Different types of IT solution management include converged, hyperconverged, and composable infrastructure. CI and HCI are alike in that the goal is to overcome traditional infrastructure silos so that IT solutions can work together more efficiently; However, HCI does this at the hypervisor level and uses clusters of multiple nodes to create pools of shared resources.

Although convergence is not the purpose of composable infrastructure, IT resources are similarly abstracted from their physical locations so that they can be handled via the web.

How Do You Deploy Converged Infrastructure?

CI is most commonly deployed through one of two methods: as a reference design or in a pre-racked configuration.

A lot of people are talking and thinking about CI. The literature from the hardware community is ubiquitous, regardless of whether one refers to the trend as "unified computing," "fabric-based computing," or "dynamic framework." To put it briefly, a converged infrastructure consists of a sole bodily chassis housing several servers, storing strategies, networking nodes, and infrastructure administration software.