Privacy settings
We use cookies and similar technologies that are necessary to run the website. Additional cookies are only used with your consent. You can consent to our use of cookies by clicking on Agree. For more information on which data is collected and how it is shared with our partners please read our privacy and cookie policy: Cookie policy, Privacy policy
We use cookies to access, analyse and store information such as the characteristics of your device as well as certain personal data (IP addresses, navigation usage, geolocation data or unique identifiers). The processing of your data serves various purposes: Analytics cookies allow us to analyse our performance to offer you a better online experience and evaluate the efficiency of our campaigns. Personalisation cookies give you access to a customised experience of our website with usage-based offers and support. Finally, Advertising cookies are placed by third-party companies processing your data to create audiences lists to deliver targeted ads on social media and the internet. You may freely give, refuse or withdraw your consent at any time using the link provided at the bottom of each page.
Thank you! Your submission has been received!
Oops! Something went wrong while submitting the form.
Reject All
Cookie SettingsCookie Settings
Accept AllSave Selection
Wallarm
>
Wallarm Learning Center
>
What is Circuit Breaker? Microservices Design Patterns
DevSecOps 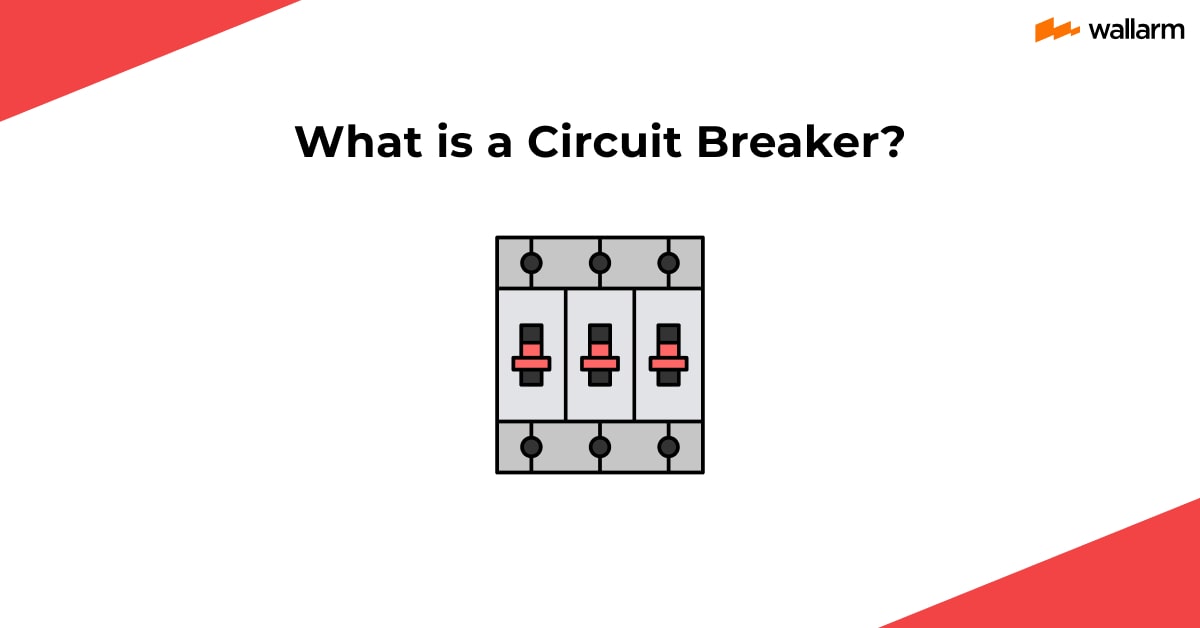 At home or in business, rapid electrical failures can cause substantial damage to the electrical infrastructure, often triggering accidents and fires with devastating results. In electrical investitures, protection measures such as the fuse, surge arrester, and circuit breaker are employed to prevent these occurrences.

In this article, you'll learn about the performance of this device, its significance, and its varieties on the bazaar, among other safety-related details.

What is Circuit Breaker?

These are some of the traits that define a Circuit Breaker:

Given these qualities, numerous sorts of circuit breakers are excellent tools for shielding and shifting electrical structures.

There are many types of circuit breakers and are typically implemented as an application proxy that monitors remote call failures and then permits the following operations/actions. As shown below, the proxy is typically set up to operate as a state machine:

Let's look at an example to better understand how the Circuit Breaker Pattern might be applied in the context of the circuit breaker microservices architecture.

Let's say there are five separate services contained within an application that uses microservices. The server will designate one thread to call the specified service each time it receives a request for that service. But because of an error, the service is running a little bit behind schedule, and the thread is currently waiting.  Though, it is OK for there to be only one thread waiting for that service at any given time. Holding the service, on the other hand, is not a good idea if it is a highly demanding service that receives many requests. Because in a little while, this service will be given access to other threads, and in the meantime, these threads will be required to wait.

As a direct consequence of this, the requests that have not yet been processed by your service will be queued or stopped. Even though the service has been restored, the webserver is still working to finish processing the requests that are currently in the queue. Since the server is always overloaded with requests, it will never be able to recover. The application may experience Cascading failures as a result of this at some point in the future. As a result, your services and possibly even the program itself will crash as a result of this kind of circumstance.

The preceding example shows how to use a Circuit Breaker Pattern. For the sake of argument, let's say you've determined that a given service needs to react within 200 milliseconds. High volumes of inquiries indicate the service is in high demand. Seventy-five percent of requests exceeding the higher threshold (between 150ms and 200ms) indicate an impending service failure. However, the service will stop responding if multiple queries take longer than the maximum allowed time (currently 200ms). It will then advise the user that this service is temporarily unavailable. If you recall the previously described transitions in this pattern, we are now shifting from the "Closed" to the "Open" state.

Therefore, the Circuit Breaker Pattern can be utilized to increase the Microservice Architecture's fault tolerance and resilience and to forestall the failure of one microservice from spreading to other microservices.

Developed by Netflix engineers, Hystrix is an open-source library designed to improve the stability of distributed systems that rely on HTTP requests to coordinate their numerous nodes.

This is accomplished by using the Circuit Breaker design pattern.

Resilience4J is a library that stands on its own, built with Functional Programming principles. It allows you to stack just the decorators you actually need, in contrast to Hystrix's Object-Oriented approach, which mandates wrapping calls to external systems in a HystrixCommand that provides several functions. It also has fewer dependencies and more granular configuration options (such as the minimum number of successful executions required to close the Circuit Breaker pattern).