Book DemoFree TrialDocumentation
Wallarm
>
Wallarm Learning Center
>
What is Anycast and how does it work?
DevSecOps

What is Anycast and how does it work?

The internet today has evolved both in structure and speed; it continually undergoes optimization to give the users the best and the fastest results they can get in their respective location. Technically, there are quite a number of processes that go into computer network requests, data sourcing and server response. The computer sends a request to the server that has the necessary data, the server – in that split second – filters through the billions of electronic data on the internet database to provide a list of responses that best match the requests. So, considering the number of checks, send and verification processes (due to the cyber security) your network request has to go through, how exactly do we get such fast responses?

Anycast is a network protocol (it could also be called a process) that routes network packets/ incoming connection requests/ network traffic to different destinations (nodes). What this does is to reduce the load on a particular network node and by consequence reduce the lag time of server response and allow an overall smooth internet experience for users.

It is a method of addressing the network flow on the internet. The servers involved are made to share the same Internet protocol address, so that each of those servers is positioned to send in the necessary data to the computer closest to them. In essence, it leverages on the proximity of predetermined network topography to distribute requests and corresponding responses across servers and computers respectively.

How does Anycast Work?

Primarily, anycast is designed to address the issues of traffic overload and browsing latency. In simpler terms, it works on three main principles; grouping, positioning and priority.

Positioning – The network structure of an anycast protocol is designed in such a way that, different networks from different locations have separate servers positioned near them just in case of a connection request.

Priority – This is the fundamental underlying principle behind the anycast idea. The requests coming from the computers are assigned on the servers in the anycast network. However, the servers are chosen based on a system of priority. The key priority factor in server selection is computer – server proximity. The network sends the request to the nearest server (with a well-positioned network topography) to reduce the lag time in server response.

Apart from the Anycast method, there are series of addressing methods that are employed on the internet. Let’s examine some of these methods and see the possible relationship they may share with Anycast method;

This is the most widely used addressing method on the internet today. The underlying principle of this is to establish a connection between a single computer and a single server. When a request is made, the unicast network connects the computer by sending the requests to a single server (or another computer) as the case may be and establishes a secure connection between them. A practical example would be when you make a phone call. Apart from when you intentionally design the call to be a conference call; there are only two ends to the connection: the caller and the receiver. Other very common examples of situations where the unicast method is employed include the Email dispatch system, downloading and uploading files directly to the internet (maybe to a website or cloud storage) etcetera.

Just like in the case of the phone call, the unicast system works with specificity. Irrespective of the location or the kind of system you are sending your requests from, once you send a request to a specific address on a unicast network, the internet connects you directly to the specific server in question. It efficiently uses the IP addresses of the target server to route any connection requests directed at that specific address. This method is the best when it comes to maintaining the security of the data packet and the network routes. Its specificity makes it almost impenetrable to external influence. However, this method has a somewhat inherent down side; it is useless when it comes to sending data to multiple servers. It would end up consuming the whole network bandwidth if attempted.

As efficient as the unicasting method may seem (let’s say in the telephone context), think of the possibility of using the same method for a different end. In this case, the goal is to connect with multiple users (or let’s say computers) through a single source. Now imagine attempting to establish a one-to-one connection with each of the computers. Let’s attach a numerical value to that, let’s say hundred. The consequences of that are first; waste of time and second, possible exhaustion of the network bandwidth. This is where the Multicast system comes in.

The multicast system is a network addressing method that routes connection requests to multiple servers simultaneously.  When a computer sends a request, the multicast system automatically routes it to the different servers .Think of it like some sort of streaming, but from devices to different servers instead. This method is the best when it comes to sending large packets of data to a specific group of servers or computers. On the flip side, it can be difficult to structure and it cannot be executed using the IPV4 addressing.  Due to its complexity, it is often time consuming to create a multicast network and select specific nodes.

What Are The Differences Between Anycast And Unicast Addressing Method

When we consider specificity and safety, anycast and unicast addressing methods are the two most promising addressing methods. There are quite a number of differences between these structures. They are very distinct by the number of servers in use, the mode of operation and the purpose of usage. Let’s consider some of the differences between them.

However, on the flip side, they are a number of similarities between these two network addressing methods than the rest.  Both methods route to the connection requests to just one server instead of multiple servers (like the broadcast and multicast methods). Furthermore, both systems save more time and reduce lag periods in server method. The unicast method does this by addressing the requests to a specific server, the anycast method, by quickly finding an alternate server. Either way, lesser time is spent than in then multicast and unicast system.

What Do You Need The Anycast Method

Compared to the other methods of addressing network, Anycast has huge comparative advantages.  Essentially, it is the way forward out of the technical quagmire that unicast, multicast and broadcast systems may put the users, the server or the whole network into. Let’s consider some of the reason why you should consider using the anycast method;

The anycast method reflects the solid principle of division of labor. Not just that, efficient division of labor – let the best server carry it out. It is the most viable method for users (when it comes to speed and safety), and the servers (when it comes to workload efficiency).  It is important that any professional considering a network setup of any sorts adopts this method, or puts it into the list of the most feasible alternatives. 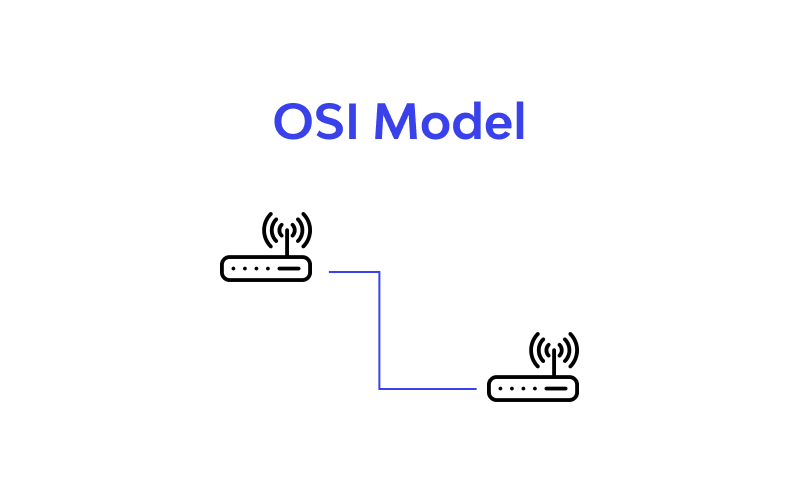 👉The OSI model can assist you with seeing how information streams across and inside networks. Let's take a closer look at what it is.