Privacy settings
We use cookies and similar technologies that are necessary to run the website. Additional cookies are only used with your consent. You can consent to our use of cookies by clicking on Agree. For more information on which data is collected and how it is shared with our partners please read our privacy and cookie policy: Cookie policy, Privacy policy
We use cookies to access, analyse and store information such as the characteristics of your device as well as certain personal data (IP addresses, navigation usage, geolocation data or unique identifiers). The processing of your data serves various purposes: Analytics cookies allow us to analyse our performance to offer you a better online experience and evaluate the efficiency of our campaigns. Personalisation cookies give you access to a customised experience of our website with usage-based offers and support. Finally, Advertising cookies are placed by third-party companies processing your data to create audiences lists to deliver targeted ads on social media and the internet. You may freely give, refuse or withdraw your consent at any time using the link provided at the bottom of each page.
Thank you! Your submission has been received!
Oops! Something went wrong while submitting the form.
Reject All
Cookie SettingsCookie Settings
Accept AllSave Selection
Wallarm
>
Wallarm Learning Center
>
Website Security and Prevention of a HTTP Flood Attack
Attacks

Website Security and Prevention of a HTTP Flood Attack 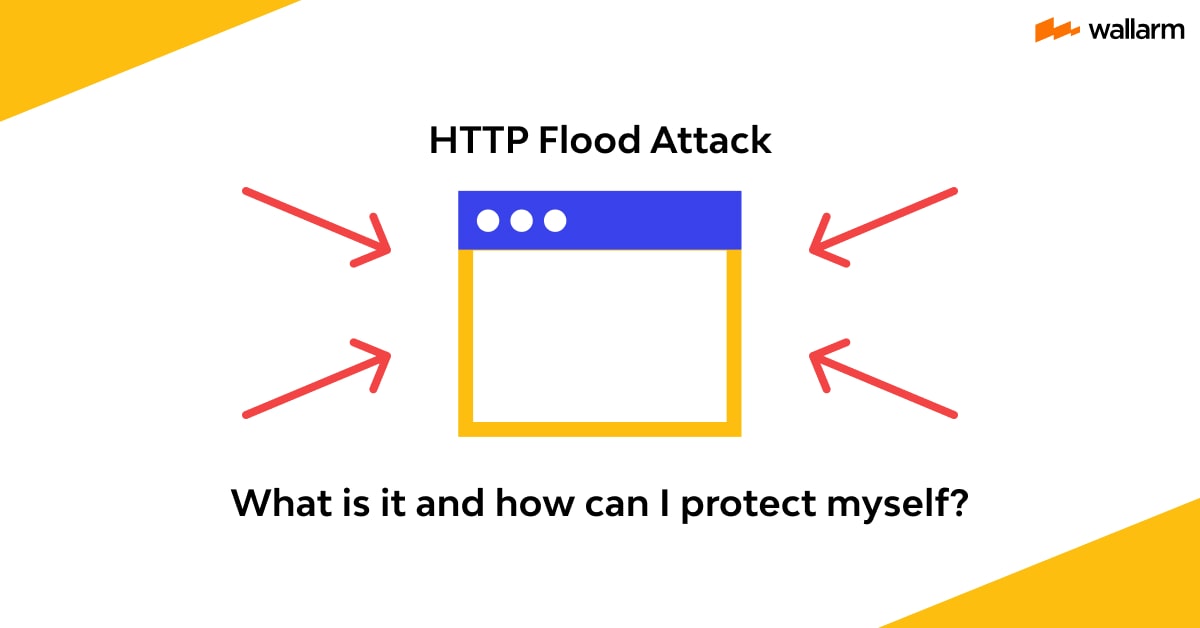 What is HTTP flood attack?

A HTTP flood attack is a type of cyber attack in which an attacker sends a high volume of invalid web requests to a website in order to crash its server or render it inaccessible to others. This can be accomplished through social media websites such as Facebook, Twitter, or YouTube. In this scenario, the attacker may use the tool "Open-Xchange" to send automated requests. The Open-Xchange tool allows you to create an account and then make an unlimited number of requests for information from any given website.

What are the dangers of HTTP flood attack?

If you are a business owner, then you should be concerned with what happens if your website becomes inaccessible due to a HTTP flood attack. If your company's website is affected by a HTTP flood attack, then your customers won't have any way of contacting or purchasing from the company for an indefinite amount of time. This could cause the company to lose revenue and reputation.

Additionally, if one of your customers becomes a victim of a HTTP flood attack, then that customer will have lost access to their account for an indefinite period of time. With this kind of long-term consequence, it is important that you take necessary precautions to ensure that your business doesn't suffer from a HTTP flood attack.

A HTTP flood attack is a type of cyber attack in which an attacker sends a high volume of invalid web requests to a website in order to crash its server or render it inaccessible to others. When the website cannot process all the request, it crashes and turns into a black screen with either spinning circles or just nothing at all. If your website becomes unreachable for even a few minutes, you will lose customers and potentially shut down your website.

To avoid this situation, you need to make sure that your social media websites are prepared for when they are attacked. That means setting up an effective web application firewall (WAF) on your site and also having backups ready that can be restored quickly if needed.

Another way to prevent a HTTP flood attack from ruining your business is by using SSL certificates. SSL certificates encrypt data as it crosses the internet, preventing hackers from accessing unencrypted information. As long as the certificate is valid and installed correctly, then your audience will have peace of mind knowing that their information is safe and secure online.

There are many types of HTTP flood attacks. For example, a hacker can try to do any of the following:

Since they're so common, these attacks often go unnoticed by most website owners until it's too late. This is why it's important for business owners to know how to prevent these attacks and keep their websites safe.

A GET attack is a type of cyber attack that specifically targets HTTP servers. It consists of a single HTTP request to the website from the attacker's computer, followed by multiple GETs to different URLs on the same website. This causes an avalanche effect due to how many fields are sent in each request, which leads to the server being unable to handle requests properly and crashing.

The best way to prevent a GET attack is by having your web server configured with Apache mod_security and mod_evasive modules or NGINX with an iptables rule. These modules will ensure that all incoming traffic is approved before it reaches your web server and prevents any malicious traffic from reaching it.

If you have already been attacked, then you would need to flush existing requests from your web server by adding an Apache or NGINX rule.

There are a few ways in which you can detect if your website is under a HTTP flood attack.

There are several ways to mitigate HTTP flood attacks:

How can a Wallarm stop HTTP flood attack?

A Wallarm is a cloud-based web application firewall that prevents cyber attacks and protects your website. It uses the power of stateful application firewalling to detect, block, and alert you when something isn't right. With this service, you will be able to prevent and stop HTTP flood attacks with ease. The best part is that Wallarm integrates seamlessly with your existing web servers or virtual private servers (VPS) so you can keep your business online!

Just place your trust in Wallarm as it is built by experts in the industry. We are not only responsible for our technology but also have a strong track record of customer satisfaction.

Now that you know how to prevent and detect HTTP flood attacks, it's time to talk about defending your website from them.