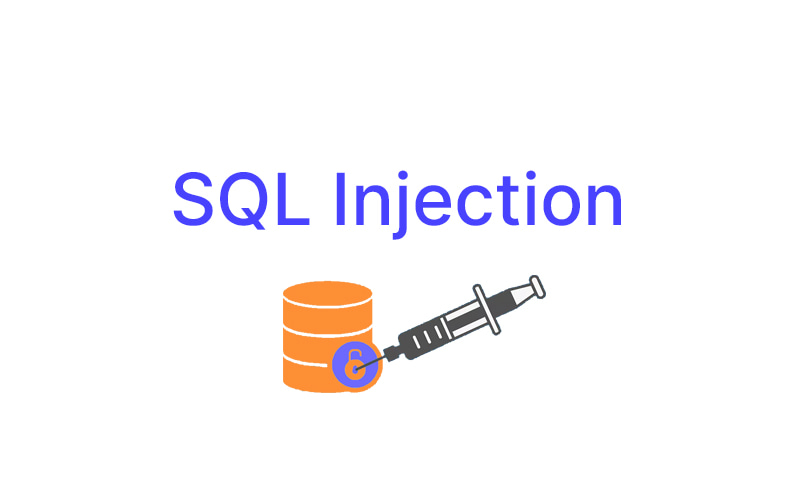 Data is among the most crucial parts of every information system. Hence, organizations use databases that are fueled by applications on the web to get clients' information.

Also called Sequel, SQL stands for Structured Query Language. It is a famous programming language used to gather and oversee data in a dataset.

All of these lead us to the actual topic of discussion - SQL injection.

SQL injection (SQLi) was first heard of in1998 but was immortalized by "Little Bobby Drop Tables" in XKCD 327. It's a kind of common network assault that's still posing a serious threat to applications (particularly web apps) all over the Internet. The top ten challenges to the stability of web apps, according to OWASP, are no impressive injections. These injections allow attackers to run risky SQL queries. These requests will be routed to a folder on the database of a web application.

SQL injection vulnerabilities are often used by attackers on the network to get past the security controls of contested applications. They will gather all content from the structured language database by transferring permissions and validating web server web applications or website pages.

SQL Injection allows attackers to add, edit, and delete notes from the database.

SQL Injection is a security flaw on a database that can impact web applications and websites that use SQL databases like SQL Server, MySQL, and Oracle.

Why and How are these attacks carried out

The intruder has the ability to create input material. The material is commonly referred to as a malicious payload, and it is the attack's primary target. Following after the attacker has sent this substance, harmful SQL queries are perpetuated in the database.

As referenced before, SQL was created to oversee data saved in relational databases. An individual could use it to gather, change, and erase data. Most sites and web applications store all their data in SQL databases.

In exceptional cases, you can also use the language in context to execute commands in the operating system. As a result, a breakthrough SQL Injection attack may have very severe consequences.

Attackers use SQL Injections to find out about the important credentials of other database users. They can even clone these users. The cloned user may be a database administrator with all database access.

Additionally, SQL allows you to discover and yield data from the database. An SQL injection weakness could give the attacker complete access to everything in the server of a database.

Furthermore, SQL additionally allows you total control of the database. You could even enter new data. For example, in a monetary web application, an attacker could utilize SQL injection to adjust account balances, move cash to another account, or void exchanges.

Moreover, SQL can be utilized to eliminate records from a database. Regardless of whether the executive has a backup of such data, the data erasure could influence the application's accessibility until it (the DB in context) is reestablished. Additionally, backups may not include very recent data.

In some database servers, you can approach the operating system utilizing the database server. This might be unplanned or deliberate. For a situation like this, an attacker could utilize an SQL Injection as the main vector and follow it up with an assault on the interior organization behind a firewall.

In everyday English, a query implies a demand for information. Similarly, a query in computer programming is almost the same, just that in this case, the information is recovered from a database. This is convenient for data manipulation – adding, eliminating, and improving data.

Below are some of the most used SQL queries, with examples

AND adds two or more conditions as a single query. All of the conditions used with the operator have to be met to show the results.

ALTER TABLE lets you add or remove columns from a table.

AS lets you change the name of a column or table to a more convenient alias (or correlation name) without changing the names in the database. This makes writing queries more straightforward when the original column or table names are long or complicated.

BETWEEN operator filters the results and returns only the ones that fit the specified range. You can describe the value of this operator using dates, numbers, or text.

When you need to create a new database, use the CREATE DATABASE statement. You must have admin rights to do that.

CREATE TABLE statement creates a new table in a database.

CREATE INDEX generates an index for a table. This enables retrieving data from a database faster. Users don't see indexes as they are only used to increase search speed.

CREATE VIEW creates a narrower version of an existing table by getting a set of results based on a certain query. A view is not much different from a real table: it contains columns and rows with data, but it doesn't contain the fields of the real table that are irrelevant for your particular purpose.

If you need to remove certain rows from the table, use the DELETE FROM statement.

GRANT command is for giving users access to a database.

REVOKE command is for taking away users' permissions.

Erro-based SQL mixture is an in-band SQL implantation method that uses the informational collection laborer's bumble messages to eliminate huge information about the development of the database. In explicit instances of error-based SQL implantation, every one of the attackers needs to do is put together the entire informational collection. While botches are important when developing a web application, they should either be logged to a limited permission record or impeded.

This SQL imbuement uses the UNION SQL regulator to unite the effects of at any rate two SELECT clarifications into a singular impact, which is then sent as a component of the HTTP response.

Unlike in-band SQL mixture, inferential SQL imbuement will take an attacker longer to manhandle. Finally, it's comparably pretty much as dangerous as some other SQL mixture measure.

Information isn't moved by means of the web application when an assailant utilizes an inferential SQLi. The culprit is absent to the results of their activities (this clarifies why such assaults are regularly called "daze SQL injection assaults"). All things considered, an assailant can change or control the information base construction by sending payloads and perceiving how the web application responds and how the worker of the data set reacts.

There are two kinds of inferential SQL injection, and they incorporate Blind-boolean-based SQLi and Blind-time sensitive SQLi.

Boolean-based SQL injection is a type of inferential SQL injection that utilizes SQL to constrain the application to deliver an altogether extraordinary outcome that is to a great extent reliant upon whether the question returns as a TRUE or a FALSE.

Contingent upon the outcome, the remark in the HTTP response will alter or remain unaltered. This permits an assailant to find whether the payload utilized gave valid or sham info, despite the fact that no information from the data set is returned.

Since an aggressor should list the dataset, each character by character, this assault is for the most part sluggish(particularly on tremendous data sets).

Time-sensitive SQL injection is an inferential SQL injection strategy that utilizes a SQL inquiry to constrain the data set to sit tight for a foreordained measure of time (quite expeditiously)prior to sending a response. The aggressor would have the option to check whether the inquiry result is TRUE or FALSE dependent on the response time.

Contingent upon the outcome, an HTTP response will be submitted quickly or with a deferral. This permits an aggressor to decide whether the payload utilized returned valid or sham information, despite the fact that no information from the data set is returned. Since an assailant should include each character in a data set, this assault is ordinarily sluggish (particularly on enormous information bases).

'Out of band' SQL injection is remarkable, due to the way that it requires usefulness on the web application's information base worker to be permitted. At the point when an aggressor can't utilize a similar channel to launch the assault and get the information, it's called out-of-band SQL injection.

'Out of band' SQL injection isn't normal, on account of the way that it depends on highlights empowered on the data set worker of the web application. At the point when an aggressor can't utilize a similar channel to launch the assault and get the information, it's called an out-of-band SQL injection.

Out-of-band SQLi techniques will rely upon the data set worker's capacity to send information to an aggressor by means of HTTP or DNS sales. The XP dir tree request in Microsoft SQL Server is a model that assailants can use to send DNS solicitations to a worker they control. Moreover, Oracle Database's UTL HTTP bundle, which can be utilized to send HTTP demands from SQL and PL/SQL to an aggressor-controlled worker.

A representation of a direct SQL implantation attack is showed up underneath. Acknowledge you've made a web application that grants customers to recuperate their client profiles by entering their client IDs. The client ID entered by the client is passed to the back-end informational index by the application front end. The informational collection executes a SQL request and returns the results to the web application, which is then appeared to the end customer.

Coming up next is an illustration of aback-end data set inquiry:

On the off chance that the customer_identered by a client the accompanying customer_id in a web structure field:

The back-end data set would then respectfully execute the accompanying SQL:

Remember that data sets will happily execute different SQL proclamations in succession on the off chance that you separate them by a semicolon. Inability to disinfect the client contribution for the single statement " ' " character makes an aggressor ready to erase the entire table.

The above model was an intentionally basic one, and there are a few SQL injection assault vectors. All things considered, they all work with a similar rule - a web application's powerlessness to disinfect input results to far off SQL code execution.

Continued in the second part

👉 In this article, we will talk about a zero-day attack is an obscure security weakness or programming blemish that a danger entertainer can focus with noxious code.

Attacks
What Is DNS Hijacking? Basic Methods Of Protection

DNS hijacking is a common cyber attack technique known as domain name server redirection.⚠️ The attacker's goal is to redirect the user to a malicious site.

👉In this article, you will learn what ransomware is, examples of such programs, how to detect, protect and remove them.

Attacks
What is Malvertising? Defenition and protection.

Malvertising is an advertisement that is used to spread a virus or malware to a user's computer. Learn how to protect yourself from it⚠️

In this article, we will look at what a buffer overflow is. How hackers use buffer overflows against you and what are the types of attacks. 💻 Part 1 of 2

👉In this article, you will learn what a honeypot is and its main types. How it can work to protect your network

Attacks
What Is MITM (Man-in-the-Middle) Attack?

Man in the Middle MITM🕵️ is an attack in which a hacker can steal your data, transfer funds unauthorizedly and change passwords. Find out more in the article.

Learn how phishing attacks affect your business. What to do to prevent them❓ Common types of phishing scenarios⚠️