Software-Defined Perimeter: Everything That You Should Know 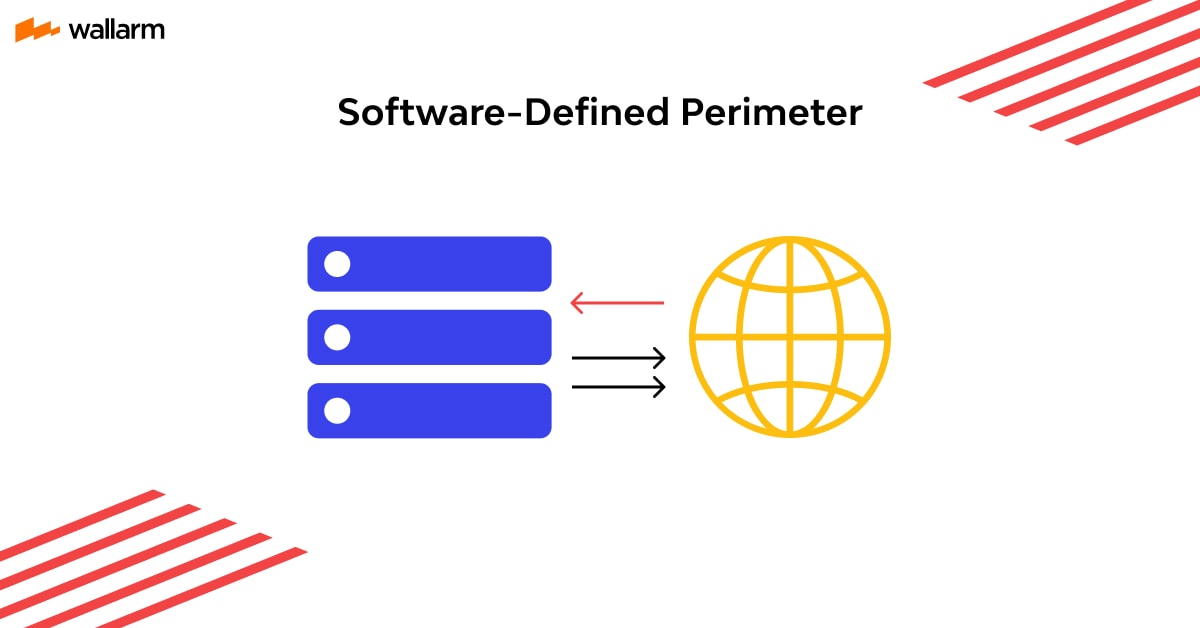 SDP or Software Defined Perimeter is one of the many protective measures that organizations take for keeping unauthorized access miles away from internet-based resources. Learn about this tactic in the post.

What is a Software-defined perimeter?

Developed by The Cloud Security Alliance in 2007, SDP is an approach that involves hiding the fact of whether the resource/software is cloud-based or has an on-premise presence. Applicable only to internet-driven or cloud-based entities, SDP’s implementation stops third-party services or any unauthorized user to find out which tools/solutions are deployed on the cloud.

The approach makes it happen by shifting network infrastructure from hardware to software and deploying a virtual layer of invisibility at the network layer. Understand that no changes or alterations are done at the application level.

Organizations adopting SDP generally don’t want to expose the elements of their network infrastructure to others which leads to improving system security. However, all the authorized and permitted users will be able to know the exact status of the network-based assets.

How does a software-defined perimeter work?

The very purpose of using the SDP approach is to prevent unverified user access to the network infrastructure. To make it happen, SDP deploys user authentication and verification tactics. Based on the approach's implementation, user verification might entail role-based access, 2FA, biometric scanning, and so on.

After successful completion of user authorization and verification, SDP establishes a secure and individual connection between the device and the user. Even if access is granted and the connection is established, SDP ensures that the verified user has only limited access to network resources and that access is controlled.

You can compare the web server in an SDP with the table lamp. It is connected to the power plug but its power out is controlled. The same is the condition of a web server in SDP. Even though it’s linked to the internet, its usage is regulated.

User access in SDP is regulated via varied practices that are explained below:

Permitted devices/users are then forwarded to the SDP gateway through the controller. Upon reaching the destination, the future of the request is decided.

Seeing the surged threats in the digital world, organizations of all sorts are adopting measures to improve system security. SDP has shown a viable way to make it happen. Useful to keep network-deployed assets safe, SDP has very deeper penetration in the market with varied multiple use cases. Have a look at some of the most common use cases.

SDP is used widely to protect data-driven devices like IoT devices, computers, laptops, and more. Its adoption makes such device protection easy because it’s easy for creating a virtual perimeter. Also, it ensures that secured connections can’t be breached by anyone.

In case you need to control the access on a broad network, you can easily use SDP as it can safeguard the distinct segments of the board network with the same ease and perfection. Its implementation on a broad network leads to reduced network attacks and improves port security.

The deployment of risk-based policy becomes more than easy with SDP as it allows security experts to track the presence of risk, use threat intelligence, figure out if a malware attack happened, and other concerning aspects.

Situations where constant connectivity with varied IT resources with maximum security are better to handle with the SDP concept. SDP promotes separate IT device security without any extensive management.

SDP is useful to gain maximum control over application access as many users, per user access attempts, several devices to access per attempt, and much other stuff can be handled easily.

SDP is a preferred method for safeguarding cloud solutions of all sorts.

The base of SDP architecture is to have a means that can keep network assets away from unsecured components. It begins with creating distinct security perimeters, as per the predefined security policies, and securing them.

Once the perimeters are designed, they are kept out of the reach of the unsecured networks with the help of the Principle of Least Privilege or PoLP. Now, the implementation of PoLP ensures that devices and users are eligible for accessing the network assets in a controlled manner; required only to perform a specific job.

The key elements of Software Defined Perimeter architecture is the dynamically provisioned network, which is a small segment of wide network-based assets. This network copies the pre-defined (physically deployed) perimeter. This version is deployed in software promoting the user access eligibility checking.

SDP architecture considers the targeted devices ‘clients' and lets them use multiple ways for entering an area-specific network.

Based upon the requirements, SDP can also be deployed as a gateway and behave like a gatekeeper that decides who gains access after completing the required verification. Once it is done, the client requests can be accepted and they can be added to the network according to their credentials. This is how all the architecture elements function together.

The client-generated access appeal is forwarded to the SDP controller that further guides clients on what is accessible and what’s not.

Based on the predefined policies, the controller checks whether the client has verified the gateway in its support. The SDP controller will forward the access policy’s key point to the gateway, access them, and forward them to the client, which could be a laptop or PC.

It then commences an authentication process and will check the IP-specific security, firewall, configuration, and other components. This device-related information is then forwarded to the SDP controller.

Upon its receipt, the controller verifies the information’s authentication and assesses the device’s security posture. If it is is at par, the client identity authentication process starts.

After successful authority-checking, the client is linked with the gateway and secure data exchange begins.

As both SDN and VPN promote network privacy/safety and reduce the odds of cybersecurity threats, some can consider both as the same thing. But, they are poles apart. VPN is one of the many network security approaches that are used in the SDP concept. VPN stands for Virtual Private Network and is a technology that is used to make traffic, exchanged between a client and server, encryption.

Additionally, it’s used for offering controlled access to remote network-based assets. Because of this feature, it’s used by SDP vendors at the last stage of SDP implementation, where a secure connection is forwarded towards the device.

One key fact to get familiar with during Service Defined Network v/s VPN debate is that both these solutions are active when valid user credentials are offered. They both ask for user details and proceed only after successful verification.

When the security level is concerned, it’s imperative to know that SDN is more secure than VPN.  VPN, when used alone, is at risk of credential theft and excessive authority to the resources. Anyone, who manages to gain access to the VPN credentials, can misuse it or make it ineffective, which further leads to serious security concerns.

SDP provides access to only a fraction of the whole network, even if verification is done. This way, only a small part of the huge network is at risk, if SDP fails.

In a network, VPN deals with the security-related issues only. The tool has nothing to do with the device's security. So, the security infrastructure is only half good as any malware, present on the device, can cause further troubles. SDP, on the other hand, is concerned about device security as well. Hence, its viability is more.

When system/data/network security is concerned, it’s obvious to use zero trust and SDP synonymously as both these security concepts consider the default security of no use. Both these concepts keep user authority verification as the priority. Zero-trust concept prefers user identification in every situation. There are no exceptions.

SDP also follows the same principle; the principle of user identification. This is what makes Software-Defined Perimeter vs Zero Trust the same as each other.

SDP is a part zero-trust and makes sure that both devices and users are autorized before a connection is finally established.

Hence, they both aim at one goal and follow the same path to achieve it.

How to Setup software defined perimeter

As the basic understanding of Software Defined Perimeters is observed, it's time to learn about ‘how to set up Software-Defined Perimeters’. Gladly, the job isn’t too taxing and attainable with mediocre cybersecurity expertise.

Make sure that device security verification should be performed before and after every connection. During the data security check-up, the health of security principles imposed and the condition of multiple data points are assessed.

Some of the consider-worthy aspects are checking the anti-virus status, activation of malware, security certification, registry information, and so on.

Once it’s confirmed that all the deployed security tools/practices/procedures are active and the system is secured, permission for connection establishment is granted. As a result, the data transfer starts. Finally, SDP aims at securing the used data.

At this step, SDP vendors take the help of measures like a firewall or VPN so that a protected and encrypted tunnel, via which data will transfer, is built. These tools encrypt the entire connection and keep the critical in-transit information secured. The SDP set-up is completed this way.