Privacy settings
We use cookies and similar technologies that are necessary to run the website. Additional cookies are only used with your consent. You can consent to our use of cookies by clicking on Agree. For more information on which data is collected and how it is shared with our partners please read our privacy and cookie policy: Cookie policy, Privacy policy
We use cookies to access, analyse and store information such as the characteristics of your device as well as certain personal data (IP addresses, navigation usage, geolocation data or unique identifiers). The processing of your data serves various purposes: Analytics cookies allow us to analyse our performance to offer you a better online experience and evaluate the efficiency of our campaigns. Personalisation cookies give you access to a customised experience of our website with usage-based offers and support. Finally, Advertising cookies are placed by third-party companies processing your data to create audiences lists to deliver targeted ads on social media and the internet. You may freely give, refuse or withdraw your consent at any time using the link provided at the bottom of each page.
Thank you! Your submission has been received!
Oops! Something went wrong while submitting the form.
Reject All
Cookie SettingsCookie Settings
Accept AllSave Selection
Wallarm
>
Wallarm Learning Center
>
NTP amplification attack- What is it?
Attacks

NTP amplification attack- What is it? 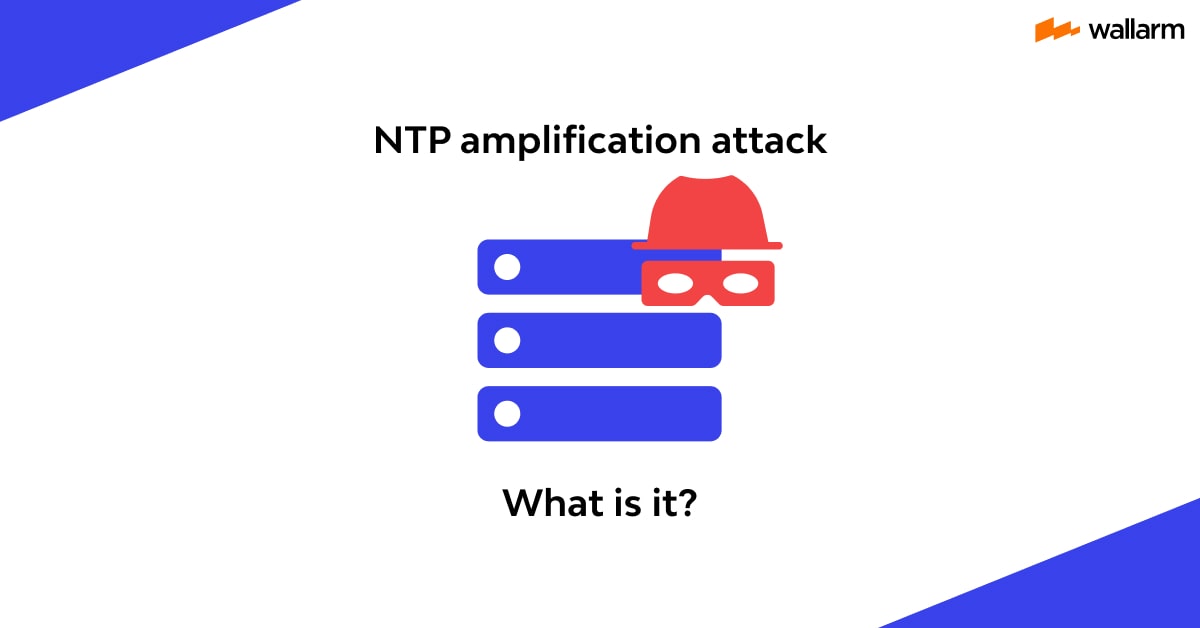 The Network Time Protocol (NTP) is one of the most seasoned network conventions, and it is utilized to synchronize the tickers of Internet-associated machines. More seasoned variants of NTP incorporate an observing help that permits managers to question a particular NTP server for a traffic include notwithstanding clock synchronization. Before we go deep, let’s answer the right questions first, talking about ntp amplification attack test, ntp amplification attack example, mitigation methods and many more. Continue reading…

What is an NTP amplification attack?

How does NTP amplification attack work?

In the ntp amplification attack script, intensification goes after all exploit a transmission capacity cost contrast between the assailant and the designated web asset. The subsequent volume of traffic can disturb network framework when the expense uniqueness is amplified across many solicitations. The pernicious client can get more out of less by sending little questions that outcome in huge reactions. At the point when this amplification is duplicated by having every bot in a botnet make comparable solicitations, the aggressor is muddled from identification while likewise profiting from extraordinarily expanded assault traffic.

DNS intensification assaults are not equivalent to DNS flood assaults. DNS enhancement assaults, not at all like DNS floods, reflect and enhance traffic from unstable DNS waiters to hide the assault's starting point and increment its viability. DNS enhancement assaults make various solicitations to unstable DNS waiters utilizing gadgets with lower transmission capacity associations. The gadgets make a great deal of little demands for a ton of enormous DNS records, yet the assailant fashions the return address to seem to be the planned casualty's. The aggressor can take out bigger focuses with less assault assets because of the enhancement.

Like DNS enhancement, NTP intensification can measure up to a pernicious young person calling a café and saying, "I'll have one of everything, kindly get back to me and let me know my whole request." When the eatery demands a callback number, the number gave is that of the designated casualty. From that point onward, the objective gets a call from the café with a ton of data they didn't request.

Since it permits web-associated gadgets to synchronize their inside tickers, the Network Time Protocol is a significant piece of website architecture. The monlist request, which is empowered on some NTP servers, can be utilized by an attacker to copy their basic sales traffic, bringing about an enormous reaction. This order is just accessible on additional accomplished contraptions, and it sends the NTP server the last 600 source IP locations of requesting. A server with 600 addresses in memory will send a monlist request commonly the first sales' size. An assailant with 1 GB of web traffic can send off a 200+ GB assault, bringing about a monstrous expansion in attack traffic.

The aggressor sends UDP bundles with mocked IP areas to a NTP server with the monlist request engaged using a botnet.

Each UDP bundle uses the monlist request to send a sales to the NTP server, achieving a colossal response.

The server then, sends the resulting data back to the deriding area.

The response is delivered off the objective's IP address, and the enveloping association establishment is overwhelmed by the combination of traffic, achieving a renouncing of-organization attack.

Moderation choices for an individual or organization running a site or administration are restricted. This is because of the way that, while the singular's server might be the objective, the fundamental impact of a volumetric assault is felt somewhere else. The framework encompassing the server is affected by the high volume of traffic produced. The ISP or other upstream foundation suppliers might not be able to deal with the approaching traffic without becoming overpowered. Subsequently, the ISP might choose to blackhole all traffic to the designated casualty's IP address to safeguard itself and take the objective's site disconnected. Aside from offsite defensive administrations like Wallarm DDoS assurance, let’s see some other ntp amplification attack prevention methods:

Handicapping the order is a straightforward method for fixing the monlist weakness. Of course, all renditions of the NTP programming preceding 4.2.7 are defenseless. The order is impaired and the weakness is fixed by redesigning a NTP server to form 4.2.7 or higher. Assuming overhauling isn't a choice, the server executive can roll out the essential improvements by adhering to the US-CERT guidelines.

Since the assailant's botnet should send UDP demands with a source IP address caricature to the casualty's IP address, web access suppliers (ISPs) should dismiss any interior traffic with satirize IP locations to diminish the viability of UDP-based enhancement assaults. A parcel sent from inside the organization with a source address that causes it to show up as though it came from outside the organization is doubtlessly a caricature bundle that ought to be dropped. Wallarm unequivocally encourages all suppliers to carry out entrance separating, and will sporadically contact ISPs who are accidentally taking part in DDoS assaults (disregarding BCP38) to assist them with grasping their weakness.

This kind of assault can be halted before it arrives at its expected organization by handicapping monlist on NTP servers and carrying out entrance sifting on networks that as of now permit IP ridiculing.

The cloud WAF likewise utilizes publicly supporting innovation, which gathers and totals assault information from across the Wallarm network to help all clients.

Wallarm can spread the assault's heap across various Data Centers, adjusting the heap and guaranteeing that help is never hindered and the assault never overpowers the designated server's foundation. In a nutshell, the Wallarm security platform is a great ntp amplification attack mitigation tool.