Book DemoFree TrialDocumentation
Wallarm
>
Wallarm Learning Center
>
Metasploit - What is it? How to use it?
API Security

Metasploit - What is it? How to use it? 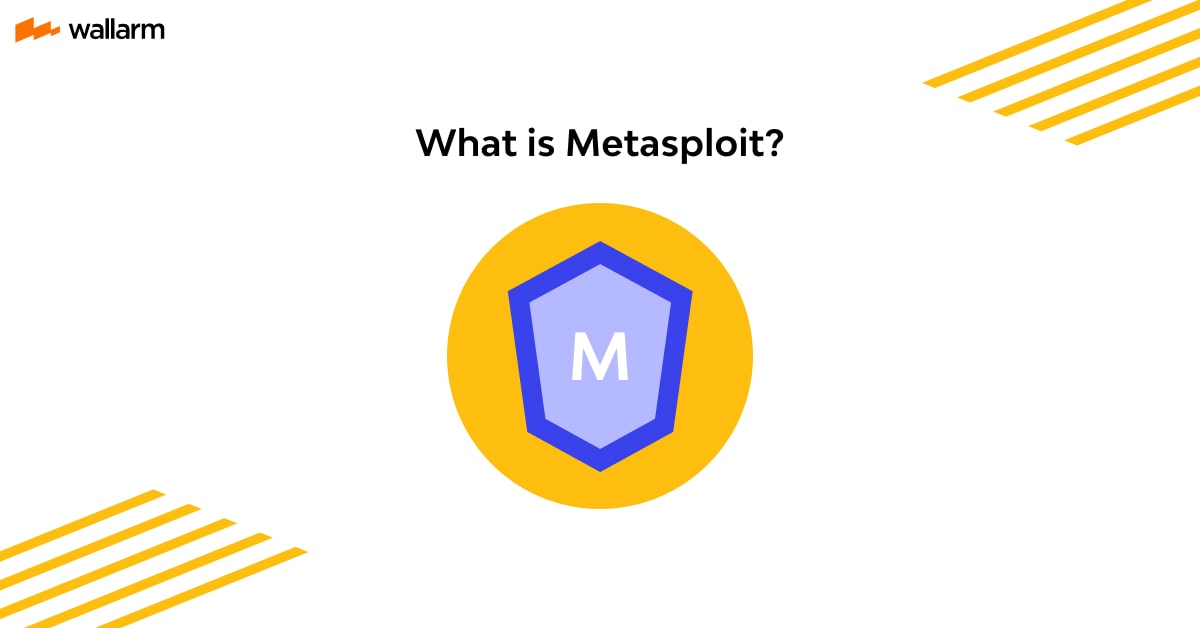 Figuring out how to utilize security in the corporate world is more essential than any time in recent memory with cybercrime at a record-breaking high. Organizations can evaluate the whole security of their IT framework through entrance testing. One of the most mind-blowing entrance testing structures is Metasploit, which helps organizations in distinguishing and tending to framework weaknesses before hackers can exploit them. Continue reading as we discuss Metasploit definition, and other components like the Metasploit commands and Metasploit vulnerability scanner.

What is Metasploit and what is it for?

The most famous open-source penetration testing structure on the planet, Metasploit is utilized by security specialists as a framework for infiltration testing and as a stage for creating security devices and exploits. Hacking is simplified by the structure for the two aggressors and safeguards.

A client can design an endeavor module, join it with a payload, point at an objective, and fire it against the objective framework utilizing the various devices, libraries, UIs, and modules of Metasploit. Many adventures and different payload choices are contained in the immense and thorough data set of Metasploit.

Network security specialists utilize the strong instrument Metasploit to direct infiltration tests, framework chairmen test fix introduces, item merchants execute relapse testing, and security engineers work across ventures. With the guide of Metasploit, clients might find out where they are generally helpless against programmer attacks and find proactive ways to address those weaknesses before they are utilized by programmers.

With assistance from center designer Matt Miller, H.D. Moore began the Metasploit Project in 2003 to be utilized as a versatile Perl-based network device. By 2007, it had been altogether switched over completely to Ruby, and Rapid7 bought the permit in 2009. The Boston-based organization keeps on involving it as a feature of its toolbox for creating designated remote endeavors, fluffing, hostile to measurable strategies, and IDS marks.

The Metasploit structure, which is incorporated with the Kali Linux working framework, houses a portion of these other projects' parts. Metasploit Pro and Metasploit Express are two further restrictive OpenCore utilities made by Rapid7.

The go-to apparatus for exploit improvement and relief is presently this structure. Before Metasploit, all tests must be done physically by pen analyzers, who needed to compose their own code the hard way, acquaint it physically with organizations, and utilize a scope of instruments that may or probably won't have upheld the stage they were trying. Since remote testing was basically unfathomable, a security master's range was confined to the neighborhood local area and organizations who could stand to enlist costly in-house IT or security specialists.

The following components make up the architecture of the Metasploit Framework:

Points of interfaces are the different passageways that clients can use to get to the Metasploit Framework.

The different Metasploit Framework functionalities are contained in libraries, which let clients run takes advantage of without composing any extra code.

There are three libraries for Metasploit:

Modules are bits of programming that are used by the Metasploit Framework to complete activities like checking and target double-dealing.

Order utilities, for example, modules, equipment, and memdump are remembered for tools.

While social occasion information for a penetration test test, Metasploit may communicate effectively with instruments like Windows fix identification and SNMP filtering. Moreover, it fills in as a connection to Tenable's Nessus weakness scanner. Practically any observation apparatus might be incorporated with Metasploit, empowering you to track down the ideal weakness.

You can search for an endeavor to take advantage of a weakness via looking the far reaching Metasploit information base. For example, the NSA EternalBlue exploit, uncovered by the Shadow Brokers in 2017 and bundled for Metasploit, can help you in dealing with an unpatched heritage Windows machine.

An adequate payload for the undertaking is coordinated with the adventure. Since most of clients request a shell, for example, Meterpreter is an intelligent, in-memory-just shell that is suitable for going after a Windows framework. As indicated by the adventures utilized, different shellcodes exist for Linux frameworks.

With new usefulness added every year, Metasploit offers a total arrangement of post-double-dealing devices once you've effectively compromised the objective PC. As an outline, one decision is to fabricate a tenacious secondary passage that stays on the PC even after a reboot. Different apparatuses incorporate pivoters, keyloggers, screen catch programming, honor lifts, and organization sniffing. Alongside an extending scope of helper modules, Metasploit likewise gives a fuzzer to finding potential security openings in double.

A lively local area upholds Metasploit, a particular structure that is effectively expandable. Albeit this is just an overall outline of Metasploit's capacities, on the off chance that you have a more prominent handle of it, you can almost generally change it to accomplish the exact pentest you want.

The main components of the matesploit

Penetration testers can find security defects, send off assaults, and stay away from discovery because of the various apparatuses remembered for the Metasploit Framework. A great deal of the instruments are set up as programmable modules. The absolute most famous instruments are recorded beneath:

The essential Metasploit order line connection point is called MSFconsole (CLI). It empowers analyzers to do organize observation, run takes advantage of, filter frameworks for weaknesses, from there, the sky is the limit.

Analyzers can zero in on a particular, notable weakness by utilizing exploit modules. There are various adventure modules in Metasploit, like cushion flood and SQL infusion ones. Every module contains a noxious payload that can be utilized to go after target PCs by analyzers.

The utilization of helper modules empowers analyzers to complete extra undertakings essential for an entrance test yet irrelevant to straightforwardly taking advantage of weaknesses. Refusal of administration, checking, and different procedures, for example (DoS).

Post-double-dealing modules enable analyzers to acquire more noteworthy admittance to an objective framework and any related frameworks. applications, organizations, and hash dumps are a couple of instances of enumerators.

At the point when an analyzer effectively breaks into a framework, payload modules — which incorporate shell code — begin to work. Static contents are one kind of payload; one more is the mind-boggling payload strategy known as Meterpreter, which empowers analyzers to compose their own DLLs and foster new exploitable elements.

To get around interruption identification and anticipation (IDS/IPS) frameworks, the No Operation (NOPS) generator produces arbitrary bytes that can be utilized to cushion supports.

Analyzers can indicate how Metasploit parts act through the Datastore, a solitary design. Also, it takes into account the arrangement of dynamic boundaries and factors and their reuse among modules and payloads. Every module-explicit datastore in Metasploit is discrete from the worldwide datastore.

All Metasploit modules can be found in one of the accompanying document registries after Metasploit has been introduced:

The way that Metasploit is open source and being effectively evolved is one of the fundamental contentions for utilizing it. With complete admittance to the source code and the ability to introduce custom modules, Metasploit offers significant adaptability rather than numerous other pentesting devices.

Analyzers can rapidly switch payloads with Metasploit's setpayload order. While endeavoring to think twice about framework using shell-based admittance or meterpreter, Metasploit's dynamic prearranging device, this provides you with a ton of choices. Also, the MsfVenom application permits analyzers to produce shellcode straightforwardly from the order line for manual double-dealing.

Regardless of whether the objective framework isn't expected to restart after the entrance test, Metasploit can by the by escape undetected and neatly. Furthermore, it offers different strategies for acquiring continuous admittance to an objective framework.

A few easy-to-understand GUIs are presented by Visual UI Metasploit, especially Armitage. By basically clicking a button, these GUIs empower you to do ordinary entrance testing undertakings including overseeing weaknesses and setting up work areas.

Metasploit enjoys various benefits, however it likewise has downsides. Coming up next are a portion of Metasploit's downsides: