Privacy settings
We use cookies and similar technologies that are necessary to run the website. Additional cookies are only used with your consent. You can consent to our use of cookies by clicking on Agree. For more information on which data is collected and how it is shared with our partners please read our privacy and cookie policy: Cookie policy, Privacy policy
We use cookies to access, analyse and store information such as the characteristics of your device as well as certain personal data (IP addresses, navigation usage, geolocation data or unique identifiers). The processing of your data serves various purposes: Analytics cookies allow us to analyse our performance to offer you a better online experience and evaluate the efficiency of our campaigns. Personalisation cookies give you access to a customised experience of our website with usage-based offers and support. Finally, Advertising cookies are placed by third-party companies processing your data to create audiences lists to deliver targeted ads on social media and the internet. You may freely give, refuse or withdraw your consent at any time using the link provided at the bottom of each page.
Thank you! Your submission has been received!
Oops! Something went wrong while submitting the form.
Reject All
Cookie SettingsCookie Settings
Accept AllSave Selection
Wallarm
>
Wallarm Learning Center
>
Drive-by Attack
Attacks 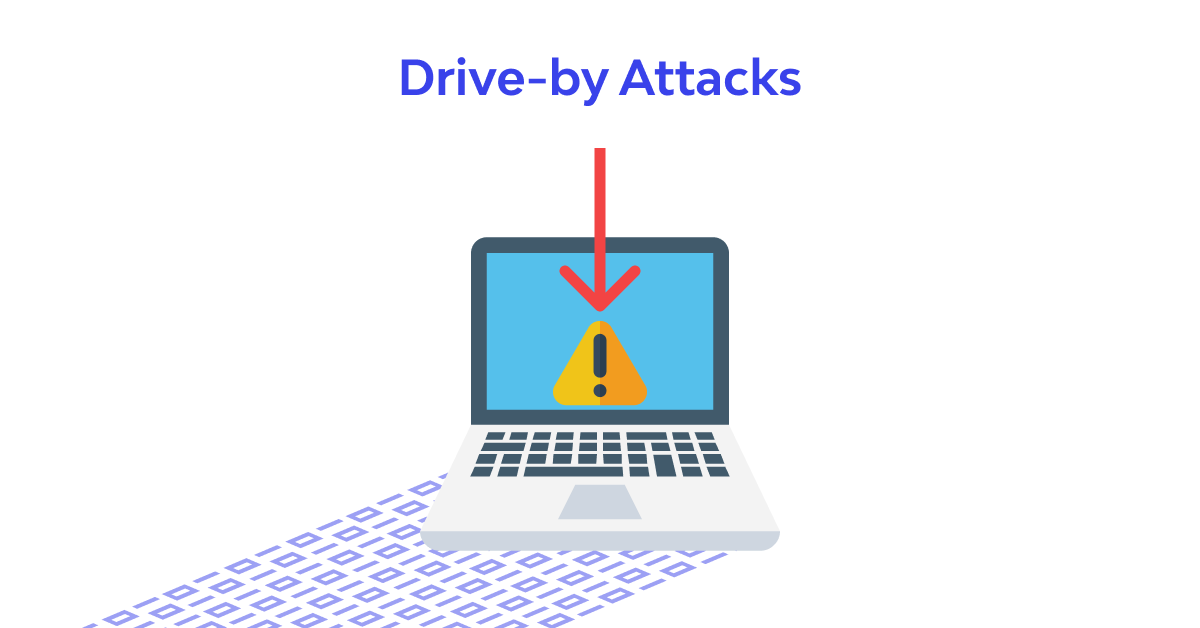 Drive by download attacks – as they are sometimes called – leverage on the basic principles of phishing and discreetness (same as that of conventional cyber-attacks).  It can be aptly described as the unauthorized installation of dangerous software on the personal computer of an unsuspecting victim by attackers disguised as legitimate service providers. This method has gained notoriety over the years because of the relative ease of execution and the perfect cover of legitimacy.
What these attackers do is to take advantage of the loophole of a legitimate website app – especially website applications that are authorities in specific niches. After compromising the websites in question, they lure unsuspecting users to access the link that automatically installs the malware to their devices.
In most cases, these users can’t particularly protect themselves because they have no idea of what has happened in the first place. Drive by attacks – like all other attacks against the integrity of sites – is dangerous to the reputation of an organization and the privacy of the users.

It is important to know that these sorts of attacks are not usually perpetrated with shady looking web applications – as opposed to what attackers want users to believe. In most instances, attackers intend to leverage on the security inconsistency of highly trusted web applications. The reason for this is that, it is easy to redirect people to their booby traps on those website applications.
Furthermore, these attacks install without the prior knowledge of the victim – and sometimes, even the administrators of the web application. Finally, in the other possible scenario, the installation of these dangerous codes may be under the guise of an apparently necessary or a made up fix: the user is deceived by the surface value of such and is exposed to the perpetrators of the attack.

Primarily a drive by attack is geared towards achieving the following:

To gain a proper understanding of this type of attack, let’s examine everything about the modus operandi – the technical and not so technical aspect of a drive by attack

Summarily, the drive by download attacks are achieved by:

As mentioned earlier, there are two major means by which these attackers gain access to the victims’ devices:

To achieve the above, a series of operations are carried out by the hackers. These operations differ with the hacker’s preferred means of infiltration. Let’s check out the methodology of approach in the two instances.

Authorized Downloads Without Prior Knoweledge Of Full Implication

They can be classified based on the levels of threat they pose to the website application or the users.  These types include:

Different Types Of Payloads Delivered By Drive By Attack

These attacks are used to introduce a series of malwares into the victim’s computer. These include:

Ways Of Avoiding These Attacks

Protection against this sort of cyber-attack should come from two ends; the web developer or security administrator and the users.

On the part of the web developer or security administrator, they should ensure to:

On the part of the users of a web application, you should ensure to:

These attacks are infamous for the total control they grant to cybercriminals. As a web developer or an administrator, you should try as much as possible to take your security detail seriously from a general point of view. After all, it is perpetrated using the conventional tricks of web loophole exploitation. Vigilance on the part of the users and the administrator is really all there is to it.