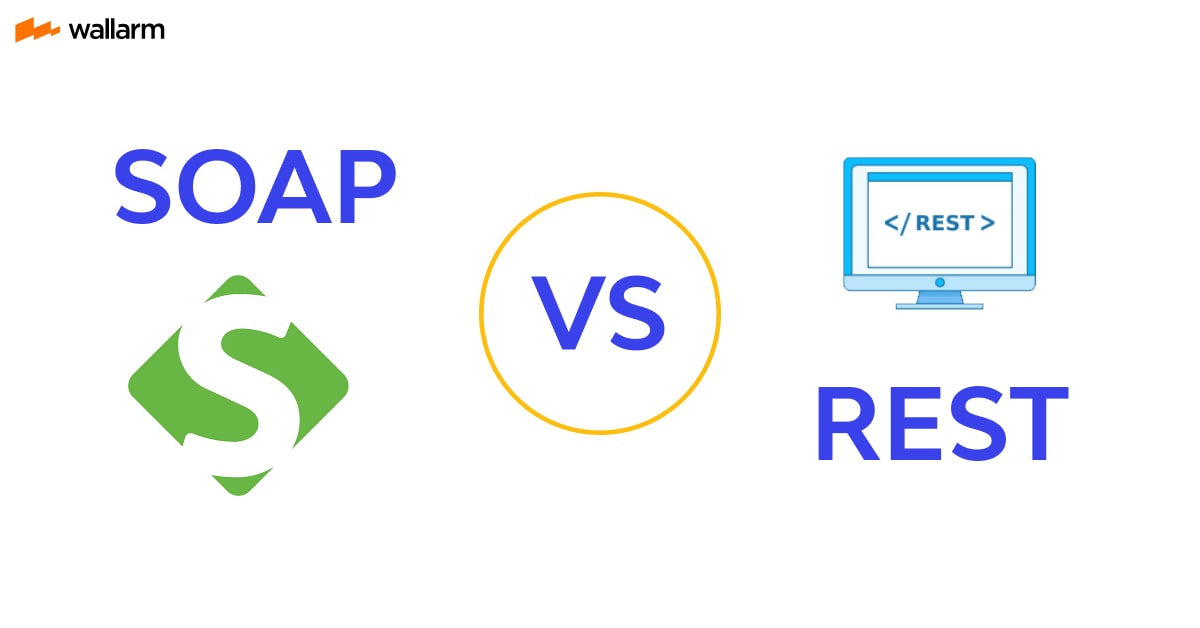 SOAP and REST are two of the most used terms in the API development sector. If you don’t have thorough knowledge of the two, you may wonder:

Well, it’s a lot of information and is covered bit by bit in this post. So, if you have anything to do with API development and API security and are willing to bring SOAP or REST at work, this post is just the right thing to refer to before starting off.

Let’s begin with knowing the fundamentals of SOAP. SOAP means Simple Object Access Protocol and is an API development protocol designed with a motive to bring stability and consistency in the data exchange process, which happened between programs built using different programming languages, tools, and platforms.

It presents a globally recognized set of rules and regulations that anyone willing to achieve seamless client and server interaction needs to follow. Requests in SOAP are delivered using envelopes. These envelopes hold information crucial for request processing. Mostly, the key parts of the SOAP envelope are a header and body attributes.

Here are some of the key features of SOAP that make it stand out:

When To Use SOAP?

As SOAP plays a key role in API development, here are the areas where its implementation will be proved fruitful.

If the client needs to have certain application reliability and enhance API security then the latest SOAP standard, SOAP 1.2, is here to here. It offers a couple of professional features for seamless and synchronous processing.

In situations when server and client are already ready to exchange data in a format then use SOAP 1.2 as it offers a wide range of rigid specifications for such a communication.

For an application that has an obligation to maintain the state from one request to another, using SOAP 1.2 will make the job quick and easy as it endows the developers with a recognized WS* structure for such tasks.

Pros and Cons Of SOAP

Now that the basics of SOAP are clear, it’s time to learn about the merits and demerits that a developer will enjoy with SOAP.

REST or Representational State Transfer is an undividedly different approach. It’s a type of architectural pattern employed widely for the modern web-based application development task. It administers the key application components like files, even objects, and media components.

As REST APIs have unmatched interoperability on the web, they have become the prime choice of many.

When to use REST?

If one wants to utilize the full potential of REST, using it in the right place is the key. Here are the key areas wherein it can do wonders.

As specified above, SOAP messages utilize a lot of bandwidth. So, if there is a crisis of resources and bandwidth then REST is a life savior. It works wonderfully even if network bandwidth is restrained.

Operations that involve no adherence with the statelessness in transferring information from one request to another can be done with full accuracy with REST.

Caching of requests is a key operation and needs to be accomplished with full accuracy. With REST, it’s easy to catch the information as it supports it by all means. In fact, it has handled catching information of the same request multiple times. By doing so, it cuts down the time invested in application development.

The coding of REST APIs and services is far more seamless than SOAP. If there is a time crunch and a quick yet effective web application service is required then REST is the right choice to make.

Pros and Cons Of REST

Most common and quite dangerous among others, these intrusions involve insertion of malicious code to a protected API or application. If ignored, it could have severe outcomes, including illicit grant to threat actors into the main system/app, inserting invalid input to the RESTAPIs, and various other threats. Its common-most variants are XSS and SQLi.

APIs that are not backed with best authentication practices like OAuth and API keys are prone to this API cyber risk. It refers to bypassing the methods of identity/authority verification and taking admin-like control over APIs in question.

When at rest and in use APIs are not properly encrypted, they become the victim of this attack. The lack of military-grade encryption opens the door to opportunities for threat actors and they steal/manipulate/misuse sensitive information like bank details, personal details, etc.

When adequate access control measures aren’t implemented correctly, APIs are easy to break down. Depending upon the intent and purposes of the hacker, threats like unauthorized access to multiple accounts, unverified exchange of data/info, and many more hassles are created.

APIs, lacking TLS and HTTP quality standards, is nothing but an open invitation to hackers. The lack of TLS encryption creates an ideal situation for an MITM attack.

MiTM or Man-in-the-middle, whatever you call it; this safety vulnerability allows a threat actor to be a part of secured and sensitive communication happening through the APIs and misuse it.

With an intent to alter crucial parameters like price and permission for personal gains, this attack involves modifying the information being exchanged through the compromised channel.

A very common cybersecurity threat for the APIs, DoS stands for Denial of Service and refers to bombarding numerous API calls to make a specific API unavailable for use.

Often referred to as SOAP injection, XXE is the scenario wherein insecure user input is transferred to server-side SOAP messages and XML documents. Using the XML metacharacters, attackers can alter the pre-created XML and conduct such an illicit activity.

It is what an attacker uses to modify the application-generated database queries and make them work as per his will. When performed at SOAP API, it refers to introducing corrupted SQL queries to the API calls.

It implicates the insertion of malicious codes in the XAML, a mark-up language.

This attack takes place when a vulnerable user-side input is transferred to the SOAP API. When it happens, attackers have the full control over the comprised API with anything that they want.

SOAP Action Spoofing or MiTM attack concerns introducing an attacker in the middle of the server-client connection for eavesdropping, data stealing, or other purposes.

Caused due to the absence of acceptable access/authorization validation criteria, this type of API security threat can lead to hassles like modified URLs, JSON Web Token tempering, and many more.

XSS implies communication compromise by an API. The 2 communicating entities here are the server and vulnerable API.

Why is REST Faster Than SOAP Web Services?

As quoted above, SOAP uses a complex and standard format. There is no shortcut. Everything has to follow certain rules and regulations. XML is already very tedious. Hence, it is time-consuming.

REST, on the other hand, uses a simple route, JSON, and even cuts down the communication time by caching the information. So, it reaches its target at a much faster pace.

SOAP vs REST API: Which is More Secure?

API security is one aspect that would be the priority, regardless of what approach you chose. While REST is faster than SOAP and makes things easier, we have to admit that SOAP is more secure.

Both SOAP and REST can use SSL or Secured Socket Layer for protecting the data during the API call request. However, SOAP goes an extra mile and supports Web Services Security as well. Using this extension, application developers can double-up the API security and keep tons of hassles at bay. So, SOAP is better than REST when API security is a matter of concern.

Benefits of REST Over SOAP

Benefits of SOAP Over REST

SOAP and REST; both are the two most used and acceptable API development approaches. While SOAP makes everything highly standardized.

REST is easy to work with. So, it’s hard to pick one. It entirely depends upon the organization and its needs. Keep your facts straight, figure out what you want, and then make a choice. Either way, there are some losses and some gains. Just weigh them down intelligently and pick what your mind says.