Privacy settings
We use cookies and similar technologies that are necessary to run the website. Additional cookies are only used with your consent. You can consent to our use of cookies by clicking on Agree. For more information on which data is collected and how it is shared with our partners please read our privacy and cookie policy: Cookie policy, Privacy policy
We use cookies to access, analyse and store information such as the characteristics of your device as well as certain personal data (IP addresses, navigation usage, geolocation data or unique identifiers). The processing of your data serves various purposes: Analytics cookies allow us to analyse our performance to offer you a better online experience and evaluate the efficiency of our campaigns. Personalisation cookies give you access to a customised experience of our website with usage-based offers and support. Finally, Advertising cookies are placed by third-party companies processing your data to create audiences lists to deliver targeted ads on social media and the internet. You may freely give, refuse or withdraw your consent at any time using the link provided at the bottom of each page.
Thank you! Your submission has been received!
Oops! Something went wrong while submitting the form.
Reject All
Cookie SettingsCookie Settings
Accept AllSave Selection
Wallarm
>
Wallarm Learning Center
>
CRLF Injection attack
Attacks 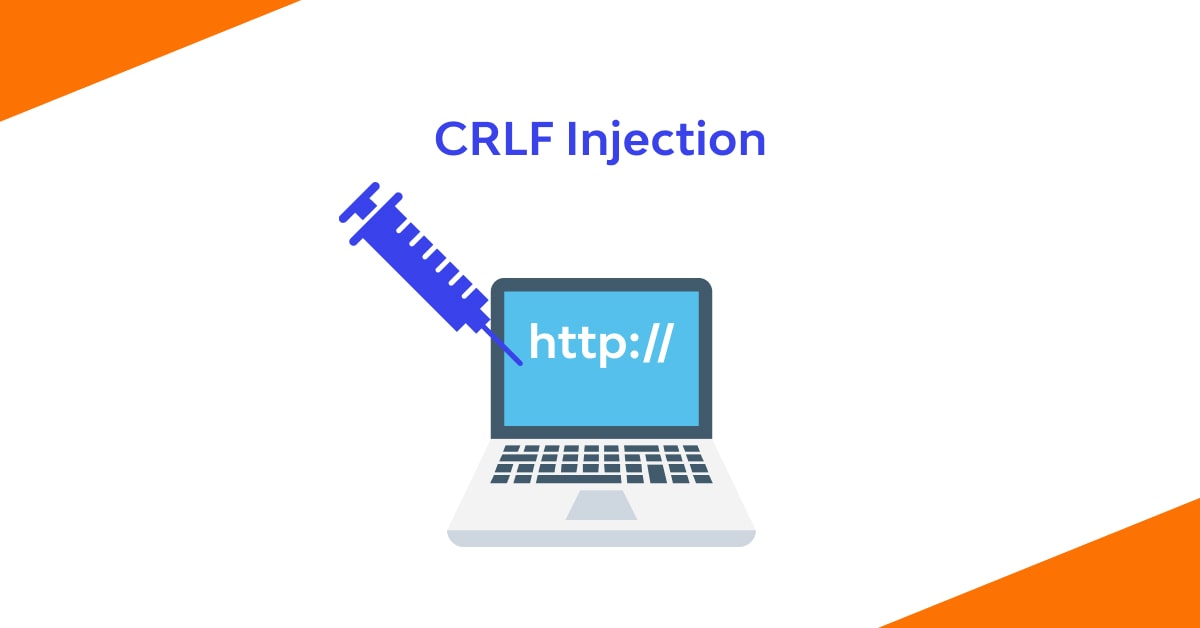 This guide dissects all that you need to know about CRLF infusion and the way it will overall be utilized to delude the mishap's program by isolating HTTP reactions or instilling HTTP headers. We would similarly show models and sort out evasion systems for CRLF injection attack.

What is the CRLF injection attack?

Aggressors go through CRLF infusions in unequivocally set text streams to trick the web application into performing unforeseen and maybe perilous activities, going from medium to high sincerity. Aggressors exploit the CRLF combination flaw by permeating CRLF groupings into a text stream to part it disengaged and insert text movements that the web application isn't anticipating. These unexpected CRLF infusions could maybe make a security break and tremendous insidiousness.

At the application layer, CRLF infusion takes advantage of safety blemishes. Aggressors can think about goodness of use information and empower the abuse of the join deficiencies by taking advantage of the CRLF infusion distortion in a HTTP reaction, for instance.

The CRLF character movement is utilized in the HTTP show to show where one header gets done and another beginnings. It's likewise used to show when the headers stop and the substance of the site starts.

An aggressor can present another header by introducing a solitary CRLF. In the event that it's a Location header, for instance, the attacker can send the guest to a substitute site. This procedure could be utilized for phishing or obliterating. HTTP header implantation is a typical name for this strategy.

The aggressor can negligently end HTTP headers and embed content before the genuine page content by introducing a twofold CRLF. JavaScript code can be embedded into the material. It can comparatively be created with the objective that the web program disregards the authentic page content conveyed by the web server. This is the way wherein HTTP reaction isolating and Cross-site Scripting work together (XSS).

CRLF is utilized in the going with contorted manual for:

Script>alert(1)/script> to add page content using a XSS. There are really 25 bytes in this fulfilled.

The web program dismisses the main material from the web server because of the Content-Length header.

This methodology can be used to hurt middle person or web stores with the objective that the assailant's material is served to various clients.

An assailant can utilize a CRLF blend to embed HTTP headers, which can be utilized to stay away from security highlights like the program's XSS channel or a similar beginning strategy. Noxious entertainers can now get delicate data like CSRF tokens. Aggressors can likewise put treats on the misfortune's PC, which can be utilized to log the misfortune into the assailant's record or to take advantage of in any case unexploitable cross-site organizing blemishes.

The infusion of HTTP headers could possibly confine delicate data. In the event that an attacker can pervade HTTP headers that empower CORS, they can acquire JavaScript consent to assets that are all things considered protected by SOP (same-beginning technique), which cutoff points access between protests with various early phases (cross-beginning asset sharing).

The most effective method to recognize CRLF injection

Web structures for the most part normally address CRLF infusion shortcomings. Whether or not the shortcoming isn't mitigated, it's easy to address:

How about we examine a CRLF injection example? Consider the going with log record in an executive load up with the IP - Time - Visited Path yield stream plan:

An attacker with the ability to mix CRLF characters into a HTTP sales can change the outcome stream and produce fake log entries. The response of the web application can be changed to something like this:

The %0d and %0a are URL-encoded kinds of CR and LF. Hence, the characters and application are shown to the aggressors when they enter, the log entries would appear to be like this (IP - Time - Visited Path):

Aggressors can hide their behavior in the log record by using a CRLF infusion flaw to create fake entries. In this case, the assailant is catching the page and altering the answer.

Ponder the going with circumstance: an assailant gets to the director secret expression and utilizations the restricted action limit, which should be used by an executive. Expecting a chief distinguishes that the refused action limit has been utilized by a dark IP, they could estimate noxious approach to acting. The request, regardless, doesn't emit an impression of being questionable in light of the fact that it appears to have been given by the localhost (and therefore by someone moving toward the server, for instance, a director).

The server will treat the entire inquiry beginning with percent 0d percent 0a as a single limit. Then, there's another and character with the restricted action limit, which the server will parse as another limit. This is essentially a comparable request as:

Web structures ordinarily normally address CRLF mixture shortcomings. Whether or not the shortcoming isn't feeling much better, it's easy to address.

Refactor your code so client gave content is never directly used in the HTTP stream.

Encode the information you send in HTTP headers. If the attacker endeavors to imbue the CR and LF codes, this effectively scrambles them and makes an enormous CRLF infusion sway.

CRLF mixtures can be introduced by your creators or by using untouchable libraries, modules, and devices. A web shortcoming scanner should be used to check your API security reliably and at last forestall CRLF injection impact.