Privacy settings
We use cookies and similar technologies that are necessary to run the website. Additional cookies are only used with your consent. You can consent to our use of cookies by clicking on Agree. For more information on which data is collected and how it is shared with our partners please read our privacy and cookie policy: Cookie policy, Privacy policy
We use cookies to access, analyse and store information such as the characteristics of your device as well as certain personal data (IP addresses, navigation usage, geolocation data or unique identifiers). The processing of your data serves various purposes: Analytics cookies allow us to analyse our performance to offer you a better online experience and evaluate the efficiency of our campaigns. Personalisation cookies give you access to a customised experience of our website with usage-based offers and support. Finally, Advertising cookies are placed by third-party companies processing your data to create audiences lists to deliver targeted ads on social media and the internet. You may freely give, refuse or withdraw your consent at any time using the link provided at the bottom of each page.
Thank you! Your submission has been received!
Oops! Something went wrong while submitting the form.
Reject All
Cookie SettingsCookie Settings
Accept AllSave Selection
Wallarm
>
Wallarm Learning Center
>
API Discovery
API Security 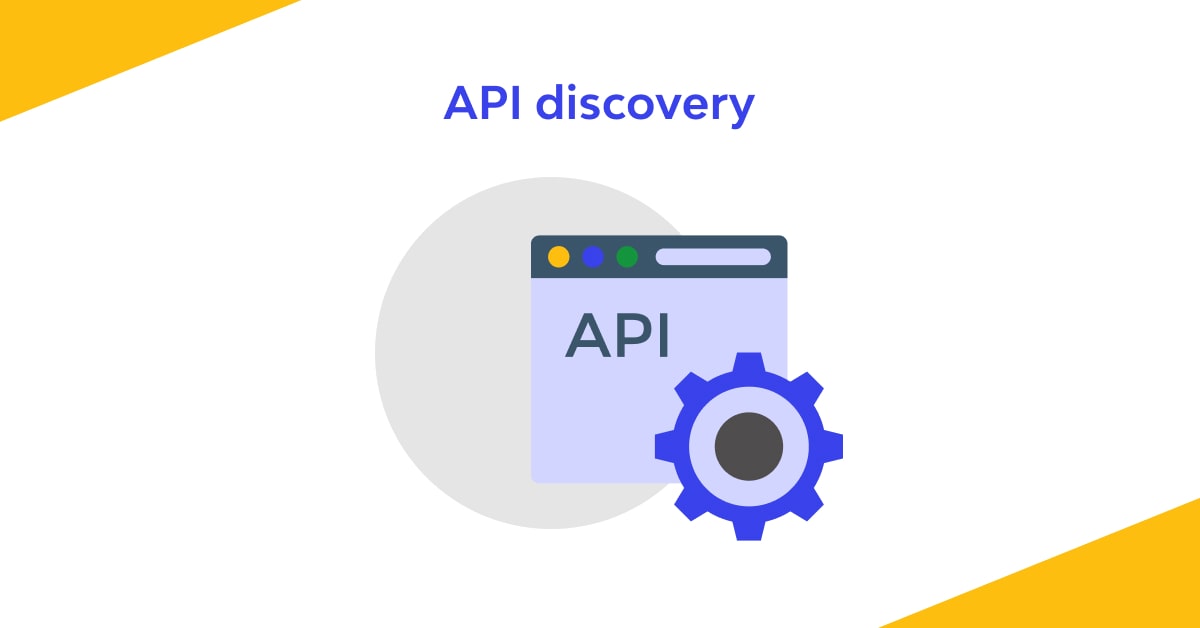 In today’s scenario, we came across applications/solutions making collaboration, communication, and operations easier, quicker, and more scalable than ever before. All such highly viable applications have APIs, backing them as the building blocks from behind the scene.

It is the API that enables the client-server communication securely. Application development and safety is hardly possible without them.

While we all talk about the wonders APIs can do, we rarely talk about API discovery. In fact, it is the most neglected aspect of application development. So, in this article, we are going to give you a detailed overview of this subject only.

It is the procedure where we try to understand efficiencies and real-time functionalities of an API. Done through searching multiple API platforms, API discovery is a way to get an idea about the immediate and future scope of APIs.

What Makes it Important?

Now that the API discovery meaning is clear, it’s time to know about the reasons to bring it into action in the first place.

The first primary reason to use API discovery is to do effective API inventory management. In a large ecosystem, various sorts of APIs are used in different scenarios. At times, multiple versions of the same API also exist. Handling such extensive API becomes a migraine for organizations. However, this is not an excuse as API management is non-negotiable and can’t be overlooked.

It holds cruciality because -

It’s highly useful to find out how many times an API is used, where it is used, and on which traffic it’s used which leads to end-to-end API management and boosted API security.

Important to have updated API specs

When APIs are offered in abundance, it’s not possible to update the versions and documents. It’s quite common to have some APIs with missing Swagger or API documents with inadequate parameters. With API discovery, you can spot such APIs and fill the existing specs gap.

Helps in Proper Structuring of APIs

API discovery leads to developing a complete API structure as real traffic is used as a key data resource during the process.

API discovery is done in two ways as stated in the heading itself. Each process has a different modus operandi.

As clear from the name, manual API discovery is done with a single developer or a team of developers. Based upon the clearly-mentioned requirements, the developer discovers the APIs and their capabilities.

Since automation has made its way to almost every domain, this field has not remained untouched either. In automated discovery, a tool scans the web or online platforms to spot the exact match to the API requirements.

When compared closely, we figured out that:

Depending upon the use cases and operational domain, API discovery is likely to have a different meaning.

API discovery refers to defining innovations and capabilities when it’s used in internal programming. It plays a key role in ensuring effective API development done for applications granting access to third-party resources and applications. With this approach, it’s easy to define the functionalities of the APIs and make them easy to discover.

The key purpose behind API discovery is to accelerate the app development as the sooner the API abilities are understood, the better will be the development as developers will be able to understand where and how to use APIs. With it:

In this case, API discovery refers to spotting the needful API from a given digital pool. Users will have access to the API storefront, featuring multiple APIs, and can pick the required APIs.

While doing so, a user is likely to get familiar with primary values attached to APIs and the procedures that one has to take to bring them into action. For such sort of discovery, platforms like GitHub, Google, and Rapid API are the most preferred platforms.

Discoverable API - Is that possible?

To make an API figure out and meet the search result criteria, it’s very crucial to have discoverable APIs. Discovery API is possible with:

As the manual method is more of a headache than a relief, most enterprises seek to use automated API discovery tools. We hand-picked the best one for you.

One of the most widely used tools for the development of client libraries, Google API Discovery helps you bring the most suitable Google APIs into action. It’s also used for IDE plugins.

Not only is API discovery easy with this tool, but API utilization is also at its best as there is an extensive and machine-readable document to understand the API. Developers are allowed to make most of the picked API as key API usage methods, API security procedures, useful OAuth 2.0 scopes, and parameters are also presented to them.

To map out your API requirements as per the need of the hour and figure out up-to-date API specs, try Wallarm API Discovery. The tool is highly inventive assistance to use when developers need to spot zombies and shadow APIs instantly.

The tool is easy-to-use and permits developers to predict the API behavior, modify the API specs as per the project requirements, and ensure full API utilization. All sorts of APIs such as REST and SOAP works well with the tool. Its REST API discovery capabilities are commendable. Hence, it’s here to offer extensive discovery assistance.